You are at:Home»Current in Fishers»Fishers City Council recap 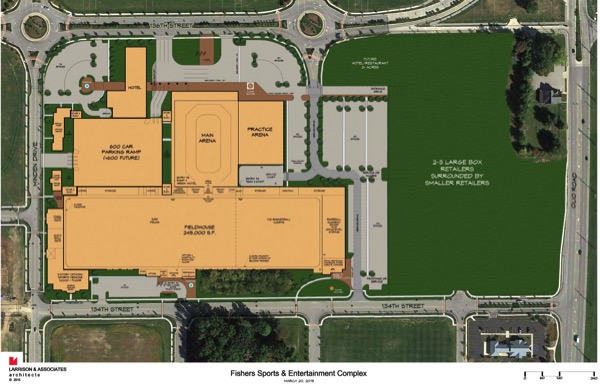 A presentation was given to the council stating the goals the sports complex will have on the city. Presenters focus on the facility providing a world class sports and entertainment center that is accessible to both the community and the nation. The complex would be an ideal center for amateur and professional athletes alike. Presenters also are hoping to work with the US Olympic committee to designate it as an official Olympic grade facility. The facility would support various sports venues such as track and field, mat-, court- and turf-based.

What’s next: Proposed facility would supply various benefits to the city such as the creation new jobs within the community, improving city tourism, allocating commerce to surrounding businesses and would “place the city on an international, national and regional platform for attracting world-class events, athletes, entertainers and recreational participants,” as well as act as a community gathering place for the citizens of Fishers. The project’s discussion will continue at a plan commission meeting on May 12 with a public hearing.