You are at:Home»Current in Carmel»Carmel Mayoral election: Debating the Numbers

The Current in Carmel looks at some of the statistics that are commonly used by the campaigns of both Mayor Jim Brainard and his challenger Rick Sharp, president of the City Council.

Brainard’s Claim: Only 3 percent of the city’s debt is paid for by residential property taxpayers

Brainard said the means out of all the property taxes paid for by Carmel residents, only $10 of that each year goes to pay off debt from each resident.

So what’s the other 97 percent of revenue that’s used to pay off Carmel’s debt? Brainard showed a pie chart that breaks down the revenues. The largest chunk of the pie is tax increment finances, which makes up more than half of the revenue to pay the city’s debt.

16 percent of the debt is paid for by County Option Income Tax.

Utility payments represent 25 percent of the chart, but Brainard points out that those aren’t paid by taxes but by fees for using services and some of that money comes from Westfield that uses Carmel’s sanitary sewer company.

Brainard said “there just isn’t any risk” because he believes there will always be TIF revenue.

“In this case we are letting business owners use their taxes to make infrastructure improvements that would have otherwise been paid for by property taxes and that’s why our property taxes are so low,” he said.

Brainard added that there is $27 million in TIF money in the Parkwood TIF that can be used in a shortfall.

Sharp said he doesn’t trust the numbers, claiming, “I want to see sources and uses. Pie charts are for grade school.” 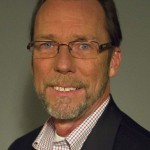 Sharp likes to simply say that Carmel has nearly $1 billion in debt, but Brainard said that’s not true because the debt is actually around $600 million and that Sharp is including interest to inflate the figure.

Sharp said he’s not trying to scare anybody, but that the numbers should be frightening because he thinks it’s the more accurate figure.

“The mayor wants to say nobody counts interest,” Sharp said. “I would count that. The number – just short of a billion dollars – comes from a report created by the state of Indiana. All forms of indebtedness of the city include the interest. You have to pay the interest. You need to show people the total number and be transparent.”

“No financial statement does that,” he said. “They always list the principle. That’s just not the way it’s done.”

Part of that reason, Brainard said is because you can always refinance debt and change the interest rate.

“The interest can go up and it could go down,” he said.