You are at:Home»Current in Westfield»Westfield’s Grand Park generates $43M in visitor spending 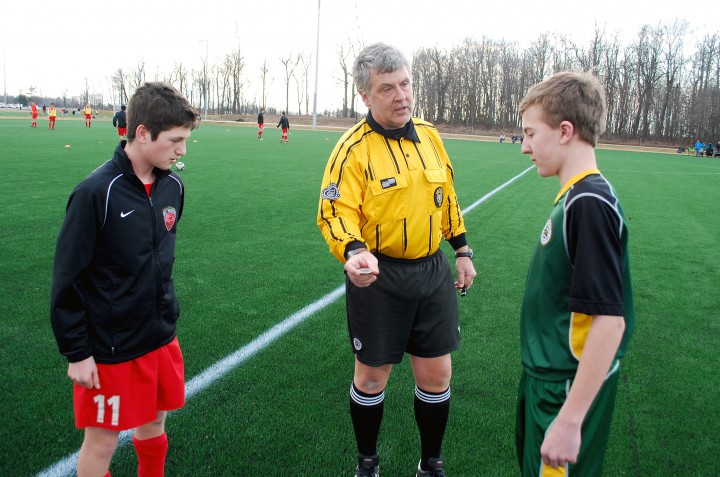 This past weekend, Westfield’s Grand Park hosted 280 men’s soccer teams during a showcase with 380 games being played; a men’s college soccer match between Indiana and Butler universities; and Westfield Youth Sports kicked off its recreational baseball season.

In addition to the increase in events at the sports campus, a third party economic impact study has found that Grand Park is delivering on its promise of economic development.

“Grand Park was always intended to generate economic development and strengthen Westfield’s tax base. It seems to be doing just that,” said Mayor Andy Cook. “The plan is working really, really well.”

An economic impact report provided to city officials said the park has spurred $43,932,143 million in visitor spending, and also contributed $5.2 million in state and local tax revenues for 2014.

“In the first year we generated for the taxing entities in this area over $5 million in terms of sales tax, gas tax, food and beverage tax, and inn keepers tax – over $5 million,” Cook said. “Given the fact that there was some tournament-type of play before, it’s estimated that about 90 percent of those dollars ($43.9 million in visitor spending) are new dollars to this area. I say ‘this area’ because now what we have to do is begin to capture those dollars here in Westfield with the restaurants and hotels.”

The report, which was prepared by Phoenix, Ariz.-based Applied Economics, also cites the creation of 930 jobs because of the development of Grand Park. An estimated 906,796 visits were made to the park in 2014.

“I am very encouraged by this information,” Cook said. “We look forward to continued success in 2015 and beyond.”