You are at:Home»Current in Carmel»Plant-based nutrition is the way to go 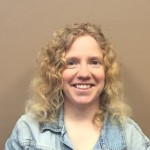 Lauren Ritter McDermid has been a Carmel resident all of her life. She is graduate of Carmel High School class of 2002. She attended Vincennes University and graduated in 2005, and completed a certificate in Plant-Based Nutrition from Cornell University’s online program E-Cornell.

My journey to plant-based nutrition began in the year 2000. This is when my family took a trip to California. I longed to be near the ocean for stress relief. During our trip I found many opportunities to eat Vegan. I learned that I enjoyed it, but had no way of knowing how to continue the process once I returned home.

After returning home I went back to eating the way my family did. I didn’t give it much thought after this. I continued to eat the way my family did for many years to come. Then in 2008, after going out to social events with friends I would come home sick. This happened so often I started to think there had to be a better way for me to live so that I wouldn’t feel consistently sick and miserable. I began to search for a way to feel better. I switched to a vegetarian diet.

Then in 2010 I suffered a job loss. After the initial shock of the situation I realized this would be a great time to start my journey to wellness. I learned about Raw Foods and the Raw Foods Diet. I began taking classes in Broad Ripple and Carmel on how to incorporate these foods in to my lifestyle. This began my journey with Raw Food Chef Audrey Barron.

She now has her own Raw Food Restaurant called Ezra’s Enlightened Cafe. After incorporating the Raw Foods in to my life style, I had energy, I felt better, I was able to sleep, and my attitude was much brighter. After adding these foods to my diet I lost 15 pounds. I was motivated to continue and began to have a burning desire to study nutrition and its role with health.