The Warehouse and Flying Cat Concerts have joined forces to present the First Avenue Folk Concert Series at The Warehouse. The First Avenue Folk Series presents its second concert with touring musician Connor Garvey on Wednesday, April 29th, 2015. Local musician Luke Austin Daugherty will open the show at 7:30 PM. The Warehouse is located at 254 1st Avenue SW in downtown Carmel, IN. This is an all-ages event. Tickets are $15.00 in advance at liveforthemusic.com and $20.00 at the door. 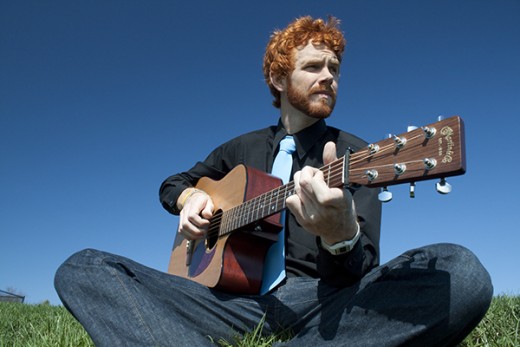 Connor Garvey is an award-winning singer-songwriter from Portland, Maine, with the amiable presence of an entertainer, the lyrical depth of a poet, and the enchantment of a storyteller.

Garvey leaves audiences uplifted and inspired through a positive message delivered in a way The Portland Press Herald says proves you can be optimistic and self-aware without being boring. His unique sandy tenor and masterful blend of rhythm and melody draw comparison to Paul Simon and contemporaries Josh Ritter and Jason Mraz. He wins song competitions. He fills rooms. But most of all he moves people.

This combination of songwriting and performance strength has earned Garvey numerous awards including being named winner of the Kerrville New Folk, Rocky Mountain Folks Fest, SolarFest, Wildflower Art and Music Festival and Maine Songwriters Association songwriting competitions, voted as Most Wanted artist at the Falcon Ridge Folk Festival, nominated for Best Male Performer in the New England Music Awards, and a top new singer songwriter by Sirius XM’s The Coffeehouse. 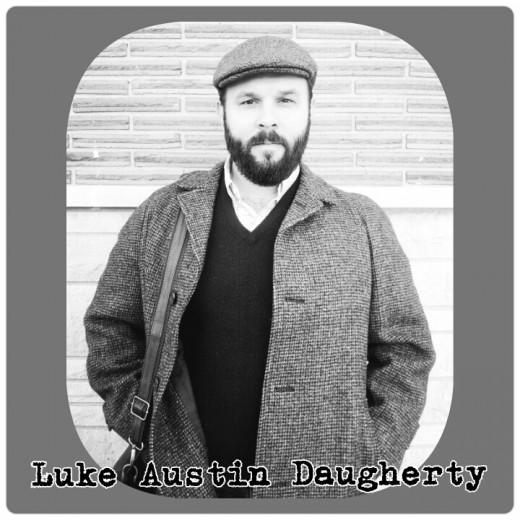 Luke Austin Daugherty is an artist who deeply loves performing and puts his heart into sharing his music. As one who believes in collaboration and improvisation, he likes to keep things interesting for his audience by singing a cross-section of his one hundred published original songs and playing acoustic and electric guitars with harmonica and live loops.

A Pulitzer nominated poet, Momentum Award winner for “Blues Artist of the Year” (Franklin, Tennessee), and Faith, Hope & Love International “Top Three Songwriter Award” winner, Luke Austin Daugherty has released eight indie label albums. The latest two albums are “Half Life” released in 2013 and “Sweet Freedom.” He has published four books of poetry…his latest is “Chicago Bus Stop Diaries.” He, also, wrote and published “The Free Man’s Manifesto,” a collection of political essays, in 2011. He is currently working on “Love is the Middle,” a book that examines his relationship with his late father.

The First Avenue Folk Concert Series kicked-off on April 3, 2015 with a sold-out performance by The Whipstitch Sallies. The exciting partnership between The Warehouse and Flying Cat Concerts aims to provide regional and touring musicians with a listening room performance environment.

In a space dating back to the 1950s, The Warehouse, located at 254 1st Ave SW, is a converted machine shop turned listening room and art space. With state-of-the-art stage and lighting equipment, a bar, and an art gallery, The Warehouse is a hip, edgy, fun place to enjoy all varieties of live performance as well as private events. For more information about The Warehouse call (317) 661-1760 or visit liveforthemusic.com.