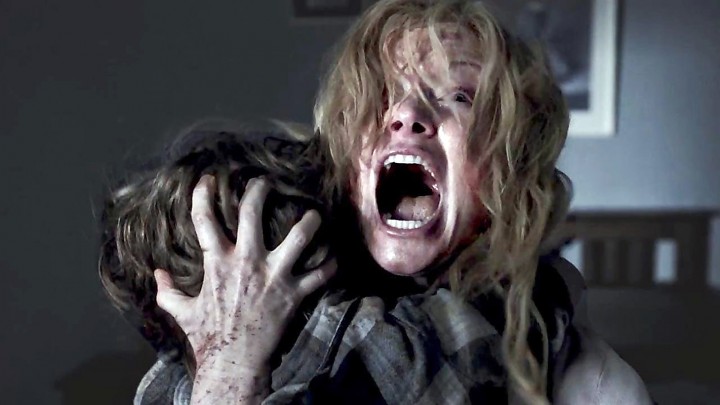 One of the most chilling and original horror films of recent years, “The Babadook” didn’t even make it to theaters in most cities. If you’re up for some really imaginative thrills, give it a look on video… just keep a few lights on when you do.

It tells the story of a widowed Australian mother, Amelia (Essie Davis), whose son Samuel (a terrifically emotive Noah Wiseman) has started to exhibit strange, even violent behavior. He worries about a fictional character named Mister Babadook, a shadowman who haunts those who learn about his existence.

Samuel’s antics grow more troublesome; eventually, he is expelled from school and his nightmare visions invade their home. A mysterious children’s book with horrible imagery turns up, warning of what’s to come.

Writer/director Jennifer Kent, making her feature film debut, uses a clever mix of paranoia and subtle special effects to evoke the dread of the invading entity. Babadook’s power seems to feed off the grief and fear of his victims. His evil taint seeps into their souls and they become physical manifestations of his malevolence.

No less a personage than William Friedkin, director of “The Exorcist,” called “The Babadook” the most terrifying film he’s ever seen. That’s good enough for me.