You are at:Home»Current in Zionsville»Bedbugs found at Traders Point movie theater 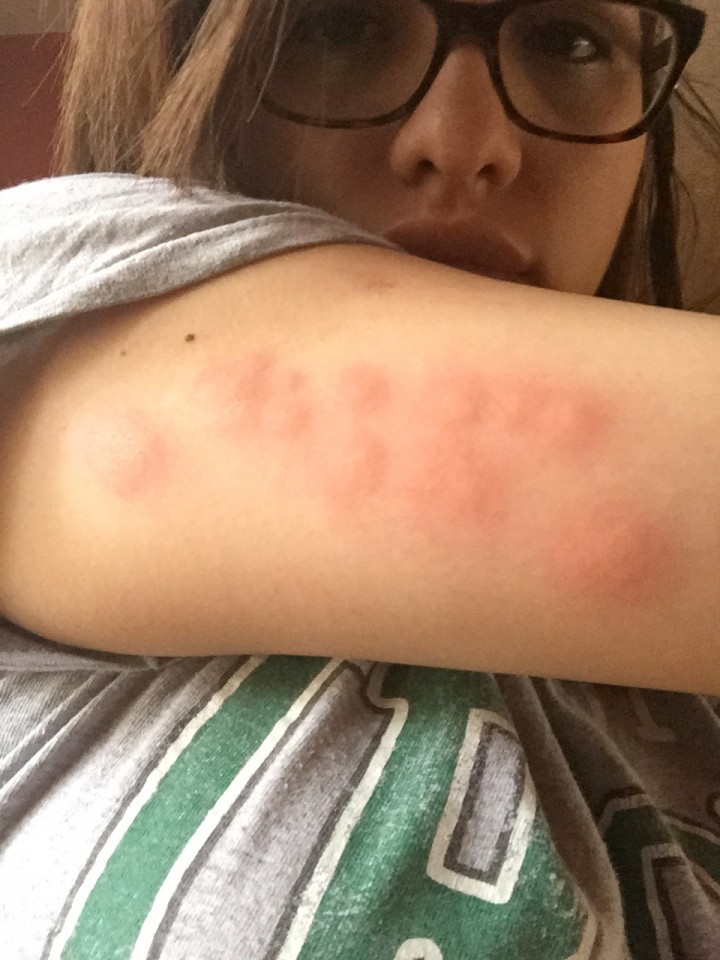 When IUPUI student Brisa Acuna visited the AMC Showplace Traders Point on April 5, she expected to have an enjoyable evening watching “Furious 7” with her family. She did not expect to wake up the next day with several itchy red spots on her arm and back. She thought she would leave with a movie ticket stub, not a plethora of bedbug bites.

“I’m scared and furious thinking that I could have brought one of those bugs back with me,” Acuna said. “I really don’t feel comfortable going back to a movie theater at this moment. I feel disgusted thinking that while I was watching the movie, these bugs were on me. I don’t think I could sit still and enjoy a movie and not think this could happen again.”

The bites worsened until Acuna needed antibiotics and steroids. She spent $321.97 on the medicine.

Acuna has placed a complaint with the theater, but they have not compensated her for the money she spent on medication or for the movie.

Bedbugs feed off the blood of humans and animals, and they can travel from place to place on clothing or luggage. They normally hide in mattresses and headboards—their name is based off their common infestation in beds. The most popular places they can be found are college dorms, hotels and hospitals. However, they can hide in other places, too, such as movie theater seat fabric.

Bedbug bites show up as itchy welts similar to mosquito bites. They can be difficult to exterminate, requiring vigorous cleaning or even purchasing a new mattress. They are not considered a risk to health, just an annoyance.

Acuna said the manager of the theater informed her that an exterminator had visited the theater and the seat coverings were replaced.

The auditorium where the bugs were found is closed until it can be treated again by an exterminator and then inspected.