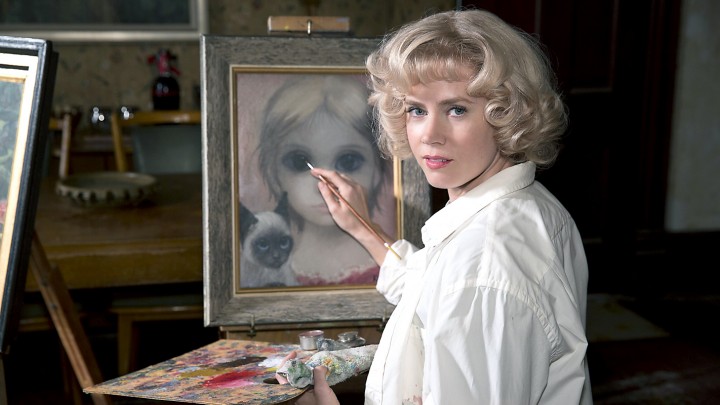 I’ve been hard on director Tim Burton for spending the last 15 years (mostly) cranking out soulless remakes of moldy intellectual property – “Alice in Wonderland,” etc. He finally diverged to make “Big Eyes,” a low-budget original dramedy about a historical curio.

The result was a funny/sad tale with some first-rate performances by Amy Adams and Christoph Waltz.

It’s the true story of Margaret Keane (Adams), an artist whose paintings featuring waifs with enormous eyes became a huge commercial hit in the 1950s and ‘60s, appearing in ubiquitous reprints. Except it was her husband, a magnetic huckster named Walter (Waltz), who claimed credit for the work. He was a more established artist and better at selling, plus he convinced her that her paintings wouldn’t be taken seriously if they came from a woman.

The story is about the rise and fall of their relationship, culminating in a real-life court battle in which the estranged spouses engaged in a paint-off before a judge.

Adams is sensitive and endearing as a weak-willed person who eventually finds her own inner voice. And Waltz is delightful as the charismatic, conniving Walter.

This film got lost in the holiday shuffle and overlooked by the Academy Awards, but I urge you to give it a look on video.