You are at:Home»Current in Fishers»Obituary: Donald Rex McCracken 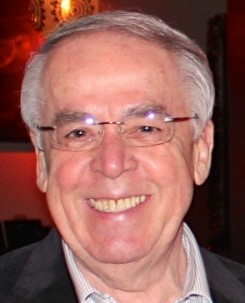 Donald Rex McCracken, 72, of Fishers Indiana died on April 4, 2015 surrounded by his family who loved him dearly.

After graduating from Dearfield Michigan High School in 1960, he served in the U.S. Army. In 1971, he started working for General Motors, where he retired after a 30-year career. Mr. McCracken didn’t sit still after retirement; he moved from Michigan to Indianapolis and built a new home. He loved picking out and designing his beautiful kitchen.
Don had a passion for cooking and was an amazing chef. Creating new recipes and making his own noodles and bread were among some of his favorite things to do. He loved cooking for family and friends; they never left the dinner table hungry, but a few pounds heavier after one of his meals. He taught both of his children how to make his amazing spaghetti that they now share with their family and friends.

His spirit is carried on by his wife of 45 years, Kathy A. (Wilmoth) McCracken, married on April 3, 1970; two children, Tamara Scott (Tony) and Thomas McCracken (Lisa) of Lafayette Indiana; four grandchildren, Courtney, Evan, Andrew and Alexander; extended family; and many friends. Proceeded in death by his parents, Cloyd and Vivian McCracken; and brothers, Dennis and Dudley McCracken.