You are at:Home»Current in Carmel»Carmel Community»Ex-Hutterites recount journey of freedom 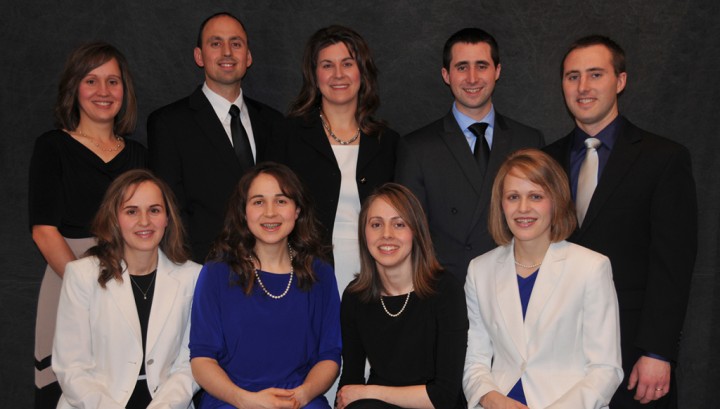 Titus Waldner, one of The Nine, said Hutterites contend they believe in the Bible and Jesus Christ.

“But when we accepted Jesus into our heart like the Bible says and we started our personal walk, following our conscience and obeying what the word of God says, we started getting persecuted for our faith,” Titus said. “In the colony we were shocked because we are obeying the original tenets that the Hutterites were founded on. So in the end, the Hutterites say they are Christians but the actions prove they are not.”

The Nine were all between the ages of 17 and 25 when they left the socialistic, communal society. The Nine wrote their first book “Hutterites: Our Story to Freedom” through their own publishing company, Risen Son Publishing. Each wrote their personal story. The Nine’s second book “Since We Told the Truth: Our Life Can Never Be The Same” was published in 2014. Several of the authors hold a book signing at Barnes & Noble, 14790 Greyhound Pass, Carmel, at 2 p.m. on April 18.

The Hutterites have approximately 50,000 members, located in middle and western Canada, and upper Midwest and Northwest United States. They have the same spiritual roots as  Amish and Mennonite religions that display an Anabaptist banner. However Hutterites differ vastly from the Amish and Mennonites due to an overwhelmingly rigid and oppressive communal lifestyle that has never been fully challenged and exposed, according to the authors.

Titus, 27, left his Hutterite colony in North Dakota when he was 18 and Junia Waldner, 30, left her colony in Manitoba, Canada, when she was 22. The Waldners are not sure if they distantly related as Waldner is one of the 12 surnames that the Hutterites use. Junia has two sisters that are part of The Nine and Titus has a brother.

“We had heard about some that had left the Hutterites colony in North Dakota to go to a ministry in North Dakota,” Junia said. “We were being kicked out for believing in Jesus Christ and having a personal relationship with him. There was just a matter of time before we left and we didn’t know where to go. But when we heard about the ministry, we went there.”

Junia said when Hutterites leave, they leave with the few possessions they have. Titus said the main thing The Nine had in common was they wanted to follow Jesus Christ according to the Bible.

“And the Hutterites lifestyle hindered that,” Titus said. “So we all came to the ministry with the same goal. That’s why it was so refreshing that the ministry wanted to take us in because not only were they going to help us physically but they were going to teach us what the word of God says.”

Titus said the all money that Hutterites made goes into a bank account, controlled by three key people.

“Everyone else works for the colony and works for $3 a month as an allowance,” Titus said. “They provide for your housing and food, but beyond that you don’t have any means to live independently outside of the colony.”

Junia said there is sexual and domestic abuse going on but it’s kept very quiet because they don’t want law enforcement involved.

“The women think it’s wrong to go against their husband because they have been taught to submit to their husband,” Junia said.