You are at:Home»Current in Westfield»Westfield police search for vehicle break-in suspects

In a span of three days, the Westfield Police Dept. had six reported vehicle break-ins near 146th Street. 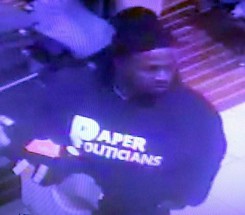 Westfield police are searching for these suspects in connection with the thefts from vehicles last week. (Submitted photo)

● April 6 – The Westfield Police Dept. investigated two separate incidents of items stolen from unlocked vehicles in the area of 146th Street and Oak Road. Among the items taken were two men’s wallets, sunglasses, a Garmin GPS and a Stanley battery jump-pack. Officials said they believe the thefts occurred between 7 p.m. April 5 and 6:30 a.m. April 6.

In each case, officials said the vehicles were entered by breaking one of the windows. A review of surveillance footage from the area revealed that an unknown black male exited a newer model, black Chevrolet Equinox before forcing entry. On April 8, officials said the suspect was seen on the northeast side of Indianapolis using several of the credit cards stolen during these break-ins. 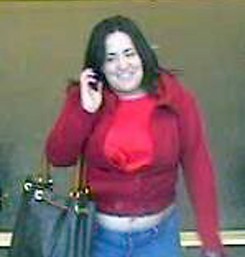 ● April 3 – WPD responded to businesses in the area of 146th Street and Oak Road for four reported vehicle break-ins. In each case the vehicles were entered as a result of being unlocked or the use of an unknown tool. Officials said surveillance footage revealed that an unknown black male exited a newer model, white Toyota Sienna before entering the vehicles and taking identification cards, personal checks and credit/debit cards.

A short time after the thefts, an unknown female suspect used some of the cards at two area businesses. This female and the vehicle also are suspects in a series of similar incidents that took place in Hendricks County earlier that day.

Police are requesting community assistance, by reporting any suspicious activities observed in the area during the time frame of the thefts. Anyone with information is asked to contact the Westfield Police Dept. at 804-3200 or the Hamilton County Dispatch Center at 773-1300. Westfield police also want to remind residents to remove items of value from their vehicles and to lock and secure their vehicles.