You are at:Home»Current in Westfield»Obituary: Chapman “CT” Blackwell V 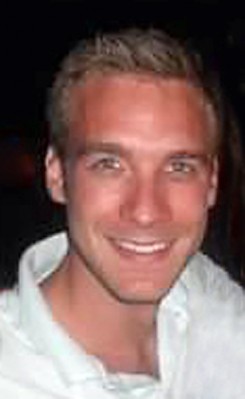 He graduated from Indiana University in 2007 and spent the majority of his career in the construction industry and sales, with his most recent employment at Shepherd Insurance. He had an intense love for life, sports, family, friends and the outdoors. He was a great soccer player and member of the track team at Columbus North High School. He also founded and rode for a successful Little 500 Team at Indiana University in cycling. He made a significant impact in the lives of everyone he encountered, and he will be sincerely missed.

He was preceded in death by his grandmothers, Barbara Horn and Nancy Blackwell.