You are at:Home»Current in Carmel»Column: Menopause: what to do

Hot flashes, night sweats, moodiness – just a few of the symptoms more than 60 million women in the U.S. experience when they start menopause. 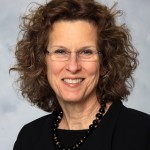 “There is no way to prevent menopause, since it is a normal part of the aging process. Women are born with all the eggs their ovaries will ever have,” said Dr. Valerie Omicioli, who specializes in menopause medicine at IU Health. “This is different from men, who continue to manufacture sperm throughout their lifetime. So when the ovary runs out of eggs and the ovaries no longer make estrogen and progesterone hormones, menstrual cycles stop.”

The average age of menopause – caused when the ovaries stop making estrogen and progesterone and menstrual periods stop – is 51. Omicioli said for about one in five women, the transition is fairly smooth and without “bothersome” symptoms. However for others, the loss of ovarian hormones may cause many or all of the symptoms.

“The hormonal fluctuation that precedes menopause by two to seven years can be associated with abnormal uterine bleeding, intermittent hot flashes and night sweats, mood changes and irritability, especially before their menstrual period,” she said. “The discomforts of menopause may get better after a few years, although 60 percent of women in their 60’s still get hot flashes.”

Hot flashes occur because of low estrogen levels in the bloodstream.

“Our brains have a temperature regulating center, which is very sensitive to estrogen levels in most women,” Omicioli said. “In response to these changing levels, our temperature regulation goes a little haywire and  hot flashes occur. Approximately 20 percent of women don’t have hot flashes. The other 80 percent experience symptoms of varying severity.”

Menopausal women face new and different health issues than women face in their younger years, according to Omicioli.

“There is an increased risk for medical problems such as osteoporosis, heart disease, stroke, metabolic syndrome, thyroid cancer, uterine cancer, diabetes, sexual dysfunction, and vaginal atrophy,” she said. “The incidence of new breast cancer diagnoses is highest in 55-64-year-old women. Incontinence (most often caused by pelvic floor disorders) significantly increases in postmenopausal women as well. Women who go through early menopause from treatment for cancer or surgery in which the ovaries are removed, face special health and treatment challenges.”

Some women, however, opt for non-hormonal prescription medications such as certain antidepressants called SSRIs and SNRIs.

But Omicioli cautioned that every woman should discuss risks and benefits before deciding if hormones are the right option.