You are at:Home»Current in Geist»Les Misérables comes to Lawrence Central 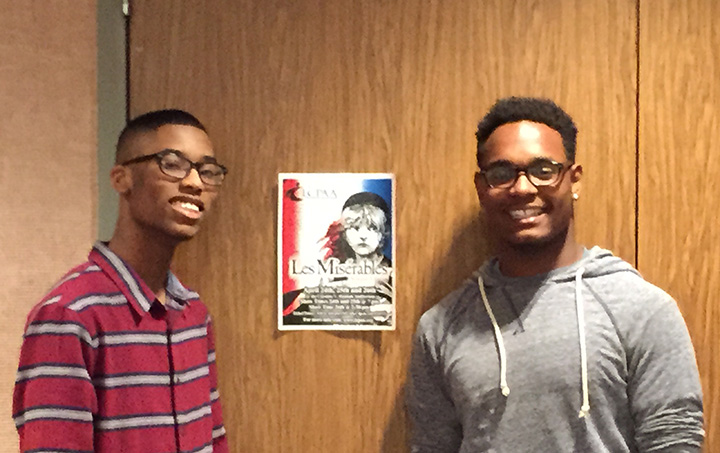 Supported by the efforts of the Lawrence Central Performing Arts Association — which seeks financial assistance from community individuals and businesses to help sustain the high school’s award-winning arts programs, including band, choir, orchestra, theater, dance and color guard — more than 800 students participate annually in Lawrence Central’s Performing Arts Program. Somewhere in the neighborhood of 100 of those students are involved as cast and crew in Lawrence Central’s spring musical, the high school version of “Les Misérables.”

“It’s very challenging,” said the play’s director Kathleen Horrigan, who majored in theatre at Ball State and has taught and directed high school and community theatre for nearly two decades. “It’s more of an opera than a musical,” but she hastened, “We have the talent this year.”

“Les Misérables” is a classic, passion-filled story set in 19th-century France about a parole violator, Jean Valjean, who turns his life around and uses it for good only to be relentlessly pursued by Javert, the unbending police officer who wants to return him to prison.

Junior Tyree Goodner, 17, who is playing the role of Jean Valjean, said, “I feel like [Lawrence Central’s] is one of the best programs that Indiana has to offer. You’re getting the real deal.

Senior Quentin Beverly, 17, who plays Javert and has been accepted to Jacobs School of Music at Indiana University for voice, said members of the community should come out to see the show. “It’s something that you’re not going to see other high schools do.”