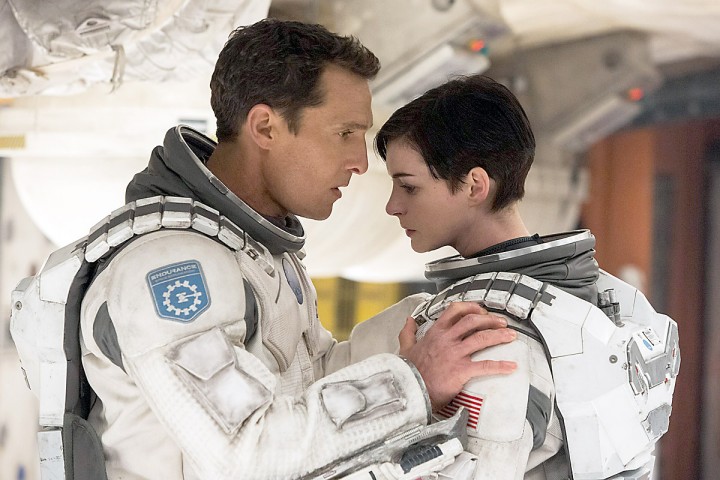 Some people were fascinated by “Interstellar,” Christopher Nolan’s ruminative space adventure, while others were simply bewildered. Count me as both.

The film, which Nolan directed and co-wrote, is at once very science-heavy and dreamy. It uses the mechanics of space exploration to tell a humanist tale about parents and children, reaching for the stars versus keeping your head on the ground, and other big-think topics.

Matthew McConaughey plays an engineer/pilot who’s been grounded by an ecosystem disaster that’s destroying all of mankind’s crops. He’s offered a chance to lead a last-ditch mission to find a way to save the species by traveling through a wormhole to distant galaxies.

It seems other astronauts were dispatched on similar trips years ago, and never returned. So it’s a high-risk/high-reward situation.

Anne Hathaway is the doubting Thomas co-pilot, while Jessica Chastain plays McConaughey’s daughter. If those ages differences don’t sound plausible, that’s because in different parts of space time can flow much faster – meaning years pass by while they’re dawdling on a lonely planet.

The visual majesty of how Nolan and his crew depict inter-dimensional travel is just mind-blowing. In the end it’s just sound and fury signifying nothing, but “Intersteller” is certainly never boring.