You are at:Home»Current in Carmel»Carmel Community»Local band nabs hearts of fans 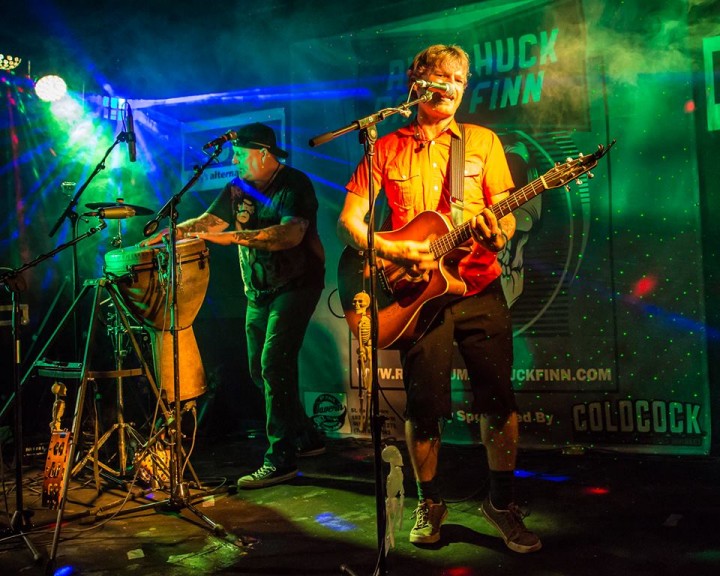 Local duo Russ Baum & Huck Finn have been in the news lately for capturing the hearts of fans around Indy. But what most people might not know is that they are based in Carmel. And, their success has been hard work, too: Baum estimates they played between 160 and 180 shows last year. They call their style “folk energy and mayhem.”

Baum and Finn first met and became friends in 2002, when Baum performed at an open mic Finn hosted. They reconnected at a show in Bloomington almost ten years later, and started to play together in 2011. The two of them have created a purely acoustic sound, with just a guitar, djembe and their voices –  no reverb or effects. Both of them have lived in Indiana their entire lives; Baum resides in Carmel.

“We have the number one fans in Indy,” Baum said. The band is on the cusp of signing with a record label to produce their next album, which he hopes to finish recording this spring. Baum said they’re speaking with agents in Nashville, as well as New York City. The pair is also eyeing a national tour.

Russ and Huck frequently play shows at Three Ds’ Pub & Cafe in Carmel. Three Ds’ front room is an Irish pub; every Friday and Saturday they open up their back room for live music (the room holds 230). A typical night includes three bands for a $5 cover charge, and the restaurant hosts a summer concert series with all original music. Russ and Huck are scheduled to play there next on March 28.