You are at:Home»Current in Geist»Column: Subway tile trends for 2015 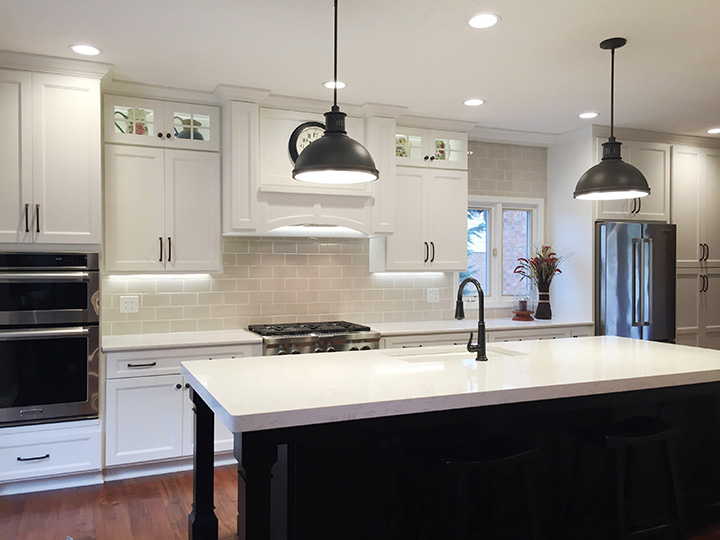 For generations, homeowners have been adding New York City modernist style to their kitchens and bathrooms by installing subway tiles. These rectangular shaped tiles are excellent for creating a current, contemporary look that still feels very timeless. In 2015, subway tiles are being used in everything from backsplash designs to flooring and much more. Let’s investigate what makes the design so versatile and spotlight some 2015 trends featuring subway tiles.

The subway tile design first debuted in the New York City underground subway system back in the early 1900’s. The sleek, contemporary design quickly caught on with the general public, and soon the entire country was decorating kitchens and bathrooms with 3 x 6 inch, rectangular “subway” tiles. Over 100 years have passed since those first tiles were laid, and subway tiles remain as popular as ever. Ceramic is still the most popular material for the tiles to be crafted from, because it is easy to clean and maintain. However, subway tiles can be found in almost every color, texture and finish imaginable. Manufacturers have even reworked the 3 x 6 inch size standard. Now, almost any rectangular tile with a height twice its length is classified as a “subway tile.”

The two most popular places where homeowners install subway tiles are in the kitchen and bathroom. But they’ve made the leap into other spaces that benefit from easy-care surfaces such as laundry rooms, basements and fireplace surrounds. Visually, the shape of the tile tends to draw the eye upward, which makes the space seem wider and the ceilings appear higher. This is especially true for the larger-sized subway tiles. In terms of maintenance, ceramic subway tiles are tough enough to withstand heavy usage for decades. Simply clean the ceramic tiles with mild, nonabrasive soap to keep them looking shiny and new.

In 2015, a few subway tile trends to look out for center on tile placement, color selection, and grout choice. Shifting the direction of the tiles can radically alter the look you are creating. Many homeowners are choosing to install subway tiles vertically, instead of horizontally, which makes the ceiling look higher than it actually is. This trend is being utilized in shower surrounds and bathrooms so that small spaces feel a little more luxurious. You can even use subway tiles to create distinctive border or frame patterns as well. Subway tiles are an excellent way to throw in a pop of color that won’t overwhelm the space. Popular colors this season include solid black, and bold primary colors such as Mediterranean blue, deep scarlet or mustard yellow. Use these in your kitchen or vanity backsplash to contrast with a more traditional cabinetry design for a contemporary look. And once a color choice has been selected, choosing a grout color that contrasts with the design is one way of putting a 2015 spin on the subway tile. For example, try pairing black grout with white subway tiles for a modern look.

New York’s subway tiles have withstood flooding, and decades of foot traffic all while maintaining a modern look. If you are looking for a timeless, durable style, subway tiles may fit right into your remodel project.