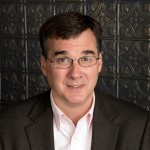 Our low income neighbors in Boone County are suffering from injustice, and the church wants to help. Boone County church representatives will meet at 8:30 a.m. March 26 at The Scoop in Zionsville to talk about how we can better serve our neighbors in distress.

While Boone County has its share of affluent areas, the county also includes people who are struggling to get by. In Lebanon, for example, in 2013 14.9 percent of the city’s residents were living below the poverty level. Those with little money often face a myriad of legal issues which, more often than not, they must face alone.

Two of the most common legal needs low income neighbors face are home foreclosure and eviction. Many may not realize that Western Boone County is part of a swath of territory that suffers from the highest levels of foreclosure in the State of Indiana.

Other legal needs include, for example, assistance for victims of fraud, drafting health care powers of attorney, family law matters including child custody and support, and creating guardianships for those who are cognitively impaired.

Presently, an unacceptably high level of these needs go unmet. A comprehensive 2008 study of the access to legal services for the poor in Indiana shows that about 86 percent of those living in poverty reported at least one legal problem.

Being poor isn’t just an inconvenience; it brings its own legal problems. While precise estimates are difficult to come by, the data also suggest that in Indiana roughly 75 percent of our low income neighbors seeking counsel cannot find an attorney to help them. All too often, not having an attorney means simply suffering injustice. Our neighbors may suffer an unfairly lost home, lost money to consumer fraud or fail to get medical care because no one is legally able to make decisions for them.

If you’d like to help change that, I’d like to invite you to our March 26 meeting. We will work together to organize the different parts of the Christian community into a well-functioning system for lending a helping hand to the poor who are suffering from injustice. Learn more by calling the Neighborhood Christian Legal Clinic at 429-4131.

Bradley Merrill Thompson is a Zionsville resident, attorney and volunteer at the Neighborhood Christian Legal Clinic.