You are at:Home»Current in Westfield»Bussell finds calling as funeral home director 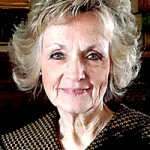 Donna Bussell discovered she might have an interest in being in the funeral home business when her mother died in 1982.

“That’s what planted the seed for me to have the desire to go to mortuary college,” Bussell said. “The desire developed to serve and help people through their grieving time.”

It took several years but the long-time Carmel resident eventually pursued it.

Bussell, now 64, graduated from Mid-American College of Funeral Service in Jeffersonville, Ind., in 1993. Bussell lived in Jeffersonville during the week and returned home to Carmel on weekends. She then served an internship at Smith Funeral Home in Carmel and then stayed on working there. The Smith home was later purchased by Leppert Mortuary & Cremation Services. She left in 2010 to start her own funeral home.

Bussell Family Funerals, 1521 E. Greyhound Pass, the only funeral home in Westfield, marked its fifth anniversary on March 8. Bussell, who serves as funeral director, said although the funeral home is in Westfield, it does have a Carmel mailing address.

“This is our ministry. The funeral home was founded on biblical principles,” Bussell said. “All of us are strong in our faith.”

Bussell has an after care grief counseling group which meets once a month inside the funeral chapel.

“We also have a pet service (primarily cremations) that is called Best Friends Forever,” Bussell said. “We believe that people know if we love their pets, then we’ll love their family even more so with the care that we give.”

Bussell said the business has grown each year.

“Our basic concept is that funerals are done in churches or other venues (such as the park, Lions Club),” Bussell said. “We do have a chapel here but it is a smaller size.”

Bussell said she is able to personalize and give one-on-one care to each family.

Bussell’s husband Ron, an attorney, has his office in the funeral home. Bussell’s son Darren lives in Kokomo and occasionally helps out. For more information, visit bussellfamilyfunerals.com.