You are at:Home»Current in Westfield»Successful end to Rocks season 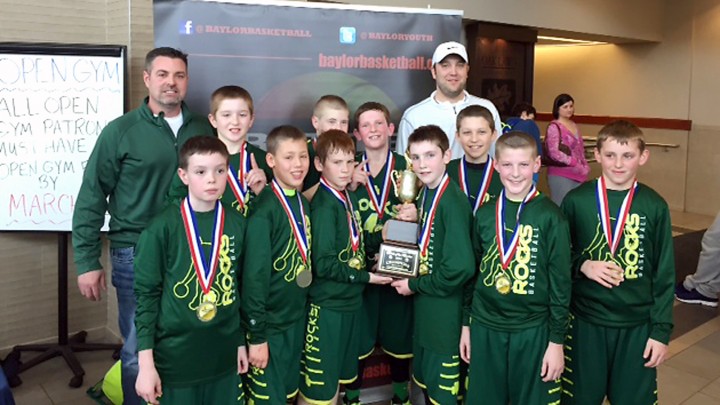 The fifth-grade Westfield Rocks gold team traveled to Chicago on March 7 and 8 and played in their final tournament of the season. The team went 5-0 in the AAU tourney as a school team in the Battle of the Borders tourney. Westfield beat an AAU team from Chicago 58-49 in the final game and finished its season 40-5. The team’s overall record for the past three years is 105-23. Players include Braden Smith, Trey Dorton, Maximus Webster, Micah Hauser, Alex Wolf, Jackson Wasserstrom, Evan Partlow, Carson Montalone, Nic DePasquale, Nolan Cooney and Chris Mislan (not pictured). The team is coached by Dustin Smith and Mike Cooney. (Submitted photo)