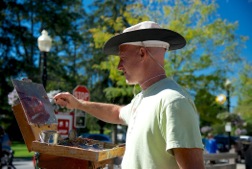 David M. Seward’s paintings will be on display at Flannner and Buchanan during the open house. (Submitted photo)

Flanner and Buchanan Funeral Centers began operating its funeral home in Zionsville in 1955. 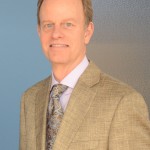 “That was the year I was born,” said fourth-generation owner Bruce Buchanan, who turned 60 on Feb. 2.

“I think that was the first funeral home in Zionsville,” Buchanan said. “Before that funerals were done at home or at the church.”

Through the years, Flanner and Buchanan has expanded the funeral home.

“As part of the 60th, we’ve done a major remodel of the inside,” Buchanan said. “It’s just an opportunity to reach out to the community and remind them we’ve been here a long time and how much we are a part of the community.”

Flanner & Buchanan opened its first location in downtown Indianapolis in 1881. The downtown location has since moved.

“We’re one of the oldest continually-run family businesses in the state,” Buchanan said.

It was started by his great-uncle Frank Flanner, and then his great-grandfather Charles Buchanan joined him a few years later.

The Flanner and Buchanan funeral home in Broad Ripple is also having a 60th anniversary this year.

Bruce Buchanan said the family business has grown a great deal since the 1970s and now has 17 locations throughout the Central Indiana area.

Flanner and Buchanan will hold an open house to celebrate its 60th anniversary from 5:30 to 8 p.m. March 20 at the funeral home. Zionsville impressionist artist David M. Seward, a Pike High School art teacher, will bring new and old pieces. Refreshments will be available, including hors d’oeuvres and wine.