You are at:Home»Current in Fishers»Fishers High School students take on ‘Peter Pan’ 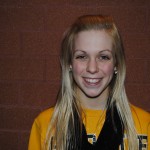 Claire Cassidy performed in “Peter Pan” as a Native American four years ago.

At that time Cassidy thought she would love to play Wendy some day. So when she heard Fishers High School was going to hold auditions for “Peter Pan,” the junior knew she had to go for that role.

“I was like if I don’t get Wendy it’s okay. I’m just going to try out and be happy with whatever I get,” said Cassidy, who said. “When I saw my name, it was ‘Oh my dream is coming true.’ I was so excited.”

Fishers High School will hold performances of “Peter Pan” at 7 p.m. on March 19, 20 and 21. Tickets are available at the school’s media center or at the box office the night of the show. Tickets are $5 for students and $7 for adults.

“Mostly the lines have been pretty challenging,” said Cassidy, a member of choir and the speech team. “We’re really busy and we’re all in different activities so the hardest has been the lines. It’s finally started to come together. We’re finally starting to see this awesome Neverland come together and I’m really excited about it.” 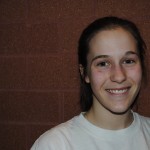 Sophomore Claire Vahary tried out for title role as an impulse.

“This is my second role as a boy this school year, so I think they’re to tell me something,” Vanhary said with a laugh. “I like the opportunity because it stretches a normal girl character. I get to play my natural energy personality into a new character as a boy.”

Vahary said she has watched a lot of movies on how “Peter Pan” was portrayed.

“There are things I incorporated in there but I wanted this role to be my own,” said Vahary, who has been performing in musicals since fifth grade. “I’ve based most of my character off of Cathy Rigby (as Peter).”

Senior Casey Donovan is playing the role of Captain Hook. In September, Donovan played the Cat in “The Cat and the Hat” in the school’s children’s show and then played Cogsworth in “Beauty and the Beast” in November.

“Throughout my high school career as far as performances, I’ve been typecast as wacky, goofy character,” Donovan said. “Now I’m more the villain. This is the first role I’ve played where the crowd has not liked me so that’s a little more of a challenge. It’s definitely fun to pull this off.”

Senior Sophie Rhoads, who plays Mrs. Darling, also performs in the competitive show choir and band. She played the lead of Carmen in “Fame” as a junior.

“It was crazy. I had to dye my hair and spray tan for six weeks because she is Latina,” Rhoads said. “It’s so cool to see how big the plays are getting here.”

Jon Colby, the director and Fishers theater teacher, said “Peter Pan” is one of the most challenging productions.

Hot Box Pizza is serving as a sponsor.

“It’s on the back of the ticket, you can go to the Castleton, Noblesville and Fishers locations and they’ll give us 20 percent of their sales,” Colby said.