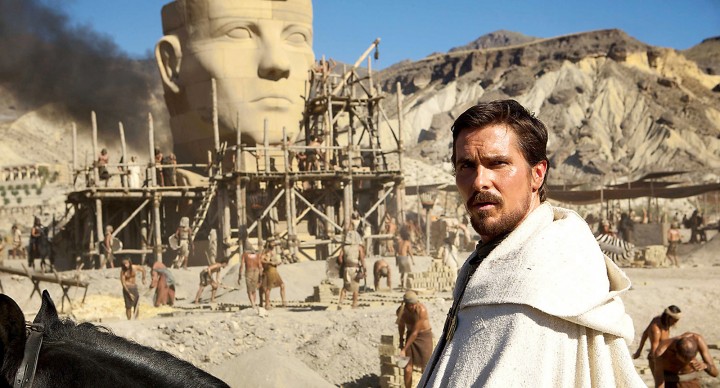 Ridley Scott is one of my favorite movie directors, but it’s hard to deny the man is responsible for his fair share of duds. He’s had a bit of a string of them lately, usually as a result of trying to redo previous films that didn’t really need another iteration: 2010’s lackluster “Robin Hood” and the bewildering “Prometheus” from 2012.

“Exodus: Gods and Kings” is essentially Scott’s version of “The Ten Commandments,” with Moses and pharaoh Ramesses duking it out over the fate of the Jewish people, with plagues and miracles descending on high with equal fervor.

Cecil B. DeMille’s 1956 epic hasn’t aged well – it plays now as a remarkable artifact of old-Hollywood hokum. But it wasn’t exactly crying out for a remake.

The result is a rather dull affair, with Christian Bale as Moses spending years in his desert exile communing with the Lord, who takes the form of a small boy. Eventually he returns to Egypt and the predictable special effects fireworks crank up, along with plenty of battles. Here Moses wears armor and comes off closer to Spartacus than a robed holy man.

Ultimately, “Exodus” fails the first test of filmmaking: why does this movie need to exist? It doesn’t, and you needn’t bother.