You are at:Home»Current in Carmel»Carmel Community»Discussion focuses on thinking of streets as places

Years ago, some people opposed constructing the Indianapolis Cultural Trail.

And although it still has its critics, the Cultural Trail has brought much acclaim to Indianapolis, even prompting a reporter at the Cleveland Plain-Dealer to write: “The trail is a spectacular achievement, and it would have been hard to predict in an automobile-oriented city that virtually has gasoline in its veins and is home to the Indianapolis 500.”

Mike McBride, former city engineer for Carmel and presently vice president at American Structurepoint, brought up the Cultural Trail as an example on how opinions can change regarding street improvements. Even in Carmel, he said people used to oppose adding bike lines because they didn’t want to give up any of their property. While some still oppose it, he said most now see it as an improving property values.

The discussion on seeing “streets as places” was part of a meeting of “For the Love of Carmel,” a group started by City Councilor Sue Finkam to discuss topics surrounding place-making. 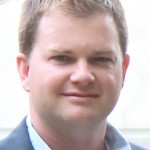 Finkam said the idea is to think of streets not as just as way to get somewhere but as a destination in themselves. Landscaping, pedestrian trails, bike paths, outdoor art and lighting can all turn pathways into a date destination where a couple strolls along the street and enjoys a long conversation.

Attendees brought up ideas such as making sure streets and sidewalks are cleared of snow and making sure walkways are well-lit at night so people feel safe. People also asked questions about ways that very different users – dog-walkers, moms with strollers, long-distance cyclists and others – can share these multi-use paths at the same time.

Moffett’s $100-million-plus transformation of the Midtown area was front and center in the conversation. He was recently approved by the Carmel City Council to construct condo buildings between the Carmel Arts & Design District and the Carmel City Center, but a key part of making the plan work will be eventually upgrading the existing Monon Trail to accommodate additional users. Moffett said he’d like to see different interesting attractions to stop and see along the way. He said his group has been thinking of streets and pathways as, “linear parks.”

“We want it to be an enhanced cultural experience similar to the Cultural Trail,” he said.

Moffett said he’s protected extra right-of-way to at least double the size of the trail, whether it is two lanes or one wider lane. It could cost anywhere from $6 to $10 million to redevelop the Monon Trail and it’s unknown whether that would be the responsibility of the government or private developers, but Moffett said everyone wants the same thing and will work together.

“We’re just going to have to be creative with how we fund that,” he said.