You are at:Home»Current in Carmel»Column: Veterans of Indiana in crisis 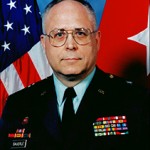 There is a crisis in Indiana and veterans are dying. Something needs to be done!  Veterans, Reservists, and National Guard Hoosiers are an economic development opportunity and deserve priority status by the state.

Recently the Associated Press did a story on this situation.  Some legislators’ tempers flared at the State House as a result of the advocacy efforts of The Military Veterans Coalition of Indiana.

Understandably, the members of The Coalition are frustrated and very disappointed that at the half-way point of the legislature, very little is moving to address the needs of our Hoosier Veteran population.  This deep-seated frustration goes back at least five years.  Since 2010, thirty-eight (38) military/veteran bills have become law.  Only one bill financially helped a small select group of veterans- that bill was the increase in income tax deduction from $2,000 to $5,000 in 2013 (By the way the $2,000 became law in 1974).  In 2012, the General Assembly REDUCED the “dependent college tuition discount” for dependents of disabled veterans from 100 percent to a formula.  The Legislative Services Agency (LSA) noted this would save $5 Million annually; disabled veterans LOST.  Legislators indicate that veterans’ service organizations supported this legislation—not accurate.  Veterans reluctantly accepted the choice of getting nothing or accepting the new decreased benefit.

ALL these same organizations currently want the 2012 law repealed.  A third bill having negative financial impact on select veterans was the funding mechanism used to fund training for County Veterans Service Officers.  The Veterans Family Relief Fund (designed to help needy veteran families who are in financial crisis) lost $180,000 that went for the training.

Indiana has many veteran issues that desperately need addressed.  Brain injuries are pandemic in America, not just in DOD or the NFL.  Brain diseases and injuries affect more than 60 million Americans — more than one in five Americans suffer from mental illness or brain injury.  Perverse bureaucratic shuffling ignores these statistics but worse, allows the epidemic and the suffering to continue.

The Indiana State Department of Health (ISDH) and Indiana Department of Veterans Affairs (IDVA) had a chance to score big on their responsibility of helping Hoosier Veterans suffering from TBI, PTSD, and the alarming crisis of veteran suicides; instead, they punted.  The ISDH report is full of errors, opinions, and spurious and misleading information.  The tone and tenor clearly show that ISDH and IDVA really don’t care about Indiana Veterans and their families!  The report promotes the status quo.  “Our conclusion is simple: Indiana should not entertain further the notion of establishing a statewide program for the specific treatment of veterans with TBI or PTSD.”

ISDH and IDVA were over two months late with their report.  ISDH and IDVA want the VA continue to prescribe massive doses of narcotics and other drugs, which often lead to addiction, homelessness, domestic violence, and entry into the justice system and even suicide.

Next the standing Summer Study Committee for Military and Veteran’s Affairs charged with making recommendations to the Legislature regarding Veteran Affairs Issues failed to have a quorum to vote on a final recommendation.  Many veterans came to the committee hearing including veterans in wheel chairs and one in a portable iron lung to testify and share their issues.  The General Assembly “urged” the legislative council to assign an appropriate interim committee during the 2014 interim a study of veterans’ benefits (SEA180 section 3).  The Indiana Department of Veterans Affairs indicated they were conducting the study.  The expectation was to deliver the findings of the report at the Military and Veterans Affairs’ Summer Study Committee meeting in October.  This never happened!  As of the January, at the Veterans Affairs Commission meeting, the report was still not done.  The Legislative Council has yet to address this.

The Coalition are not professional lobbyists; the passion expressed at the State House is not expended for self interest, but to help those who sacrificed much for their county under their command or fighting at their side in combat.  Indiana has many veteran issues that desperately need addressed.  The alarming rate of veteran/Guard/Reserve suicide rates gives rise to a crisis in Indiana.  The Rand Corporation Study in 2008 and updated in 2011 indicates between 19% (in 2008) and 25% (in 2011) suffer from TBI/PTSI.  If you use 22% then the number of Hoosier Veterans with TBI/PTSI is 74,696.

The Military Officers’ Association of America (MOAA) did a study in 2014 on best places for retirees; Indiana ranks 48th— OUCH!!!  That is probably one reason why Indiana continues to lose veterans.

Another reason is the support veterans get in Indiana.  The Department of Veterans Affairs (VA) provides data on veterans receiving earned benefits annually; Indiana ranks 47th in this report.  The VA established a 36% targeted as the number of veterans receiving benefits (established in FY08); Indiana is over 48,000 veterans short of reaching that goal.  Using the average benefits paid, Indiana Veterans missed $904,707,177 ANNUALLY!  Assuming that 9.8 cents of every dollar spent goes to Indiana taxes and that the velocity of money is five; Indiana missed $443.6 MILLION annually in taxes since FY09!

On 20 January 2015, the General Assembly and the Governor attended the first annual Veterans Legislation Day!  The Governor spoke and spent many minutes meeting and greeting many of the over 250 veterans in attendance.  Legislators spoke to the assembly as well thanking veterans and promising their support.  Both chambers had Purple Heart Veterans recognized for their service.

Lastly, on March 3rd, the House gave beautiful hand carved walking canes to a few veterans and all wanted their picture taken to show how much they appreciate the sacrifices these Hoosier have made.  However, though this is a wonderful gesture, the thousands of veterans who have urgent needs do not need canes, they need help!  There is still time for the Administration and the General Assembly to make veterans a priority.

The second half of this year’s General Assembly is underway—there is time to address the situation.  There is a crisis in Indiana and veterans are dying—something needs to be done!  Veterans, Reservists, and National Guard Hoosiers are an economic development opportunity and deserve priority status by the state.

BG James L. Bauerle is a retired Brigadier General in the United States Army. He can be reached at bgjimbauerle@gmail.com.