You are at:Home»Current in Westfield»Column: Relaying a personal message 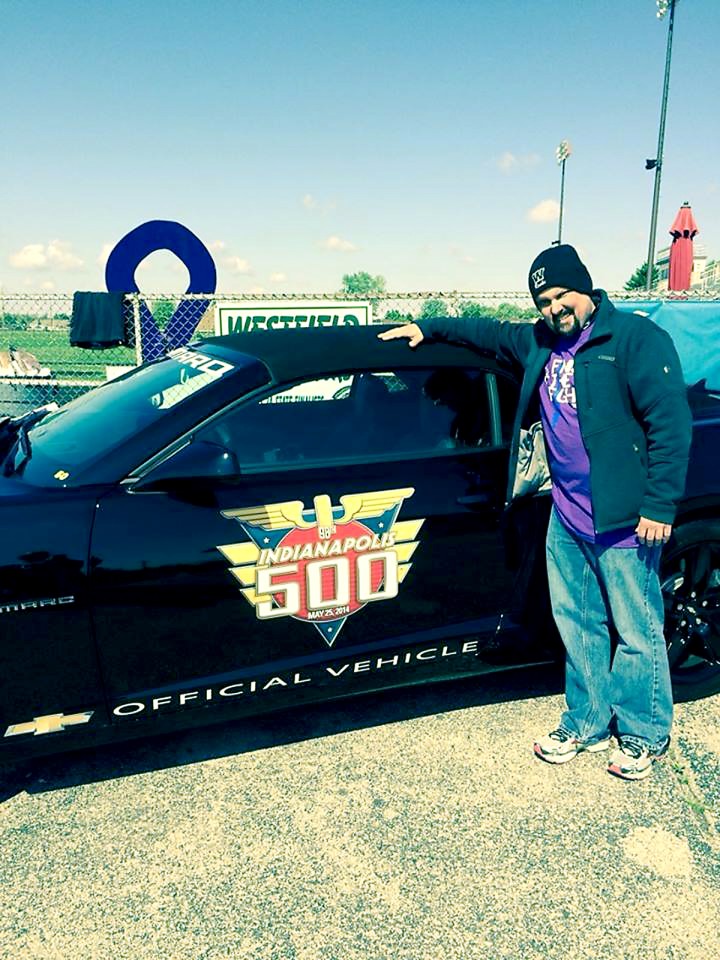 Scott Clouse gets his picture taken with the Indianapolis 500 pace car during the Westfield Relay for Life at the football stadium. (Submitted photo)

I am a Westfield police detective. I have been with the Westfield Police Dept. since 2001.

I’m also a Westfield resident and have a beautiful wife, Amy, and daughter, Isabelle.

The next part is really my story. I have been a cancer survivor for three years now and it has been a wonderful journey. I know that is weird to hear it that way, but my life has changed so much. I was diagnosed with stage 4 lung cancer in early 2012. The prognosis was not good and time was short, according to doctors in the initial stages. I was not going to let the world tell me when I’m done and I landed a great doctor who felt the same way.

For two years I fought my hardest and thought I was cancer free, until March 2014. I had an incident where my speech was affected. I knew what I wanted to say but the words would not come out. I ended up in the hospital and they did several scans and that’s when the doctors learned I had brain cancer.

Spirituality is very personal, and for me, the strength I need to fight this battle, I get from God. In the last year, I’ve had to rely on co-workers, family and friends, especially when I was told I could no longer drive. Mayor Andy Cook was even gracious enough to drive my daughter and myself when needed.

It may sound strange, but my favorite saying is “cancer was the best thing that ever happened to me.” It might not make sense, but it has taught me what is most important in life. What an amazing journey.

Recently, I’ve started driving again and the cancer spots have disappeared or died off. I feel a renewed energy and I want to take the energy and focus it on Relay for life. I’ve participated three years prior, with last year being my most successful. As captain of the City of Westfield team, I was able to raise $7,000 for our community. This year I’m co-captain and it will be better than ever!

If you would like to help raise money for cancer research for our community, check out the Relay for Life website, www.relayforlife.org or www.facebook.com/RFLWestfieldIN. Together we can help more cancer survivors celebrate more birthdays. Help me, pack the track this May 15!

Scott Clouse is a detective with the Westfield Police Dept. He may be reached at 896-5236 or sclouse@westfield.in.gov.