You are at:Home»Current in Fishers»HSE senior gets wish to play Elle 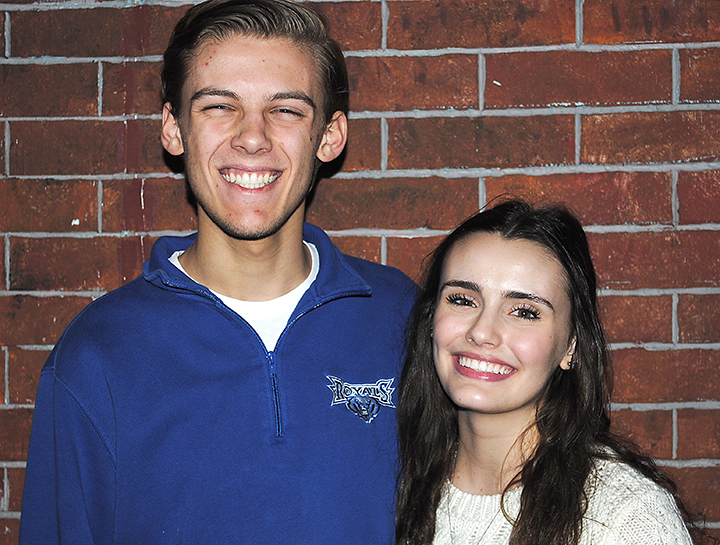 Hamilton Southeastern High School senior Zoe Turner knew this was a role she wanted to tackle.

“The second I heard we were doing this show, I looked up the Broadway musical performance on YouTube,” Turner said. “I downloaded the CD and reserved the movie from the library. I definitely jumped at the opportunity. I really wanted to play Elle.”

Turner got her wish and will play Elle Woods in the “Legally Blonde — The Musical” at Hamilton High School’s Leonard Auditorium at 7 p.m. on March 12, 13 and 14.

“It’s more challenging than I thought it would be,” said Turner, who will wear a blonde wig for the performances. “It’s really fun. She’s a very positive person. She does everything with energy. She is kind with everybody that she comes across. She’s very confident in herself and I like that about her.”

The musical is about dispelling stereotypes.

Preparing for the role was made more difficult that Turner suffered a cold two weeks ago and had to limit her singing.

Turner, who has been in many plays and musicals at HSE, plans to major in musical theater or acting in college but hasn’t settled on a college yet.

“He sings fairly high so that’s kind of difficult because I don’t sing the highest,” Adams said. “I’m in choir and usually do the middle part. This is about the biggest character I’ve played. It’s really exciting.”

Both Adams and Turner are members of the Royal Edition choir.

Adams said acting is near the top of his list in things he wants to pursue in the future.

Ethan Mathias serves as the vocal director. His wife Devan is the choreographer.

Devan said the students have embraced it.

“It’s contemporary, it’s not ballet or (an older musical like) ‘Carousel,’’’ Devan said. “It’s stuff they recognize from music videos. They are having a lot more fun with it.”

Devan said there are more dance numbers than there has been for recent HSE musicals.

There’s only been one problem slowing rehearsals.

“Last year it was the weather that was hurting us,” Ethan Mathias said. “This year it is people under the weather. You just make due with whoever shows up.”

Tickets for the musical are $7. There is festival seating. Call 594-4190 (ext. 8105) or e-mailmarmstrong@hse.k12.in.us for tickets. Those calling or e-mailing should specify which performance they want to attend. Visit HSEDrama.org for more information.