You are at:Home»Current in Geist»Mayor Fadness talks roundabouts, school funding at first Mayor’s Night Out 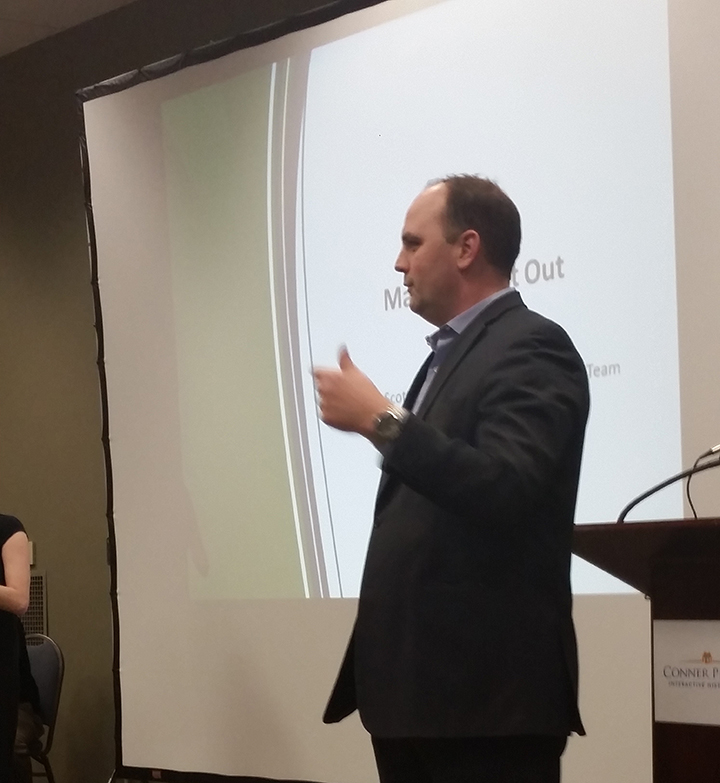 Fishers Mayor Scott Fadness spoke with Fishers residents Feb. 26 at Conner Prairie Interactive History Park, answering questions and discussing his desire for a comprehensive plan and vision for the fast-growing community. More than 50 locals were on hand to engage the mayor, who described the event as an effort to meet residents where they’re at.

Fadness said he wants to be accessible and available to talk about what’s going on in the city. He began the night with a brief recap of his State of the City speech before fielding questions.

Topics of discussion varied from school funding and roadwork to the ash borer attacking thousands of the city’s trees.

Mayor Fadness laid out his first priority as working to change the state funding formula to boost school funding without raising taxes. He also touched on a $30 to $35-million plan (two-thirds federally funded) to improve the road system over the next three to five years, again without raising taxes.

The program includes roundabouts on Cumberland Road at both 106th and 131st Streets, and widening 96th Street to four lanes from Cumberland to Lantern Road. The mayor sipped his Diet Coke in between questions, and the mood of the evening was positive, with the group breaking into applause multiple times throughout.

When it comes to bringing in growing businesses, he said, “We need a place where people want to be and live.”

Mayor Fadness agreed, citing that millennials look to establish a home before choosing where they’ll work. The mayor also hinted at two major events to be held at the Nickel Plate District Amphitheatre to be announced March 5 (“Fans of 1980s music will be pleased,” he said).

There were a dozen city staff at the event, including booths manned by the Police and Fire Depts., and Parks & Recreation.

The only thing lacking was some more attendance and the mayor asked those coming to invite friends and neighbors back next time.