You are at:Home»Current in Carmel»Carmel Community»Collins named Hamilton County investigator of the year 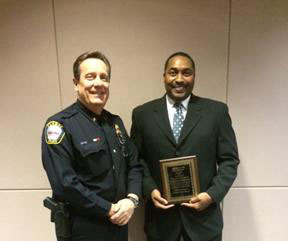 Detective Willie Collins, an officer with the Carmel Police Dept. since 1999, received the 2014 Investigator of the Year Award by the Hamilton County Prosecutor’s Office.

This ended a crime spree of approximately 15 burglaries and more than 30 thefts and auto thefts in Hamilton, Boone and Marion Counties.