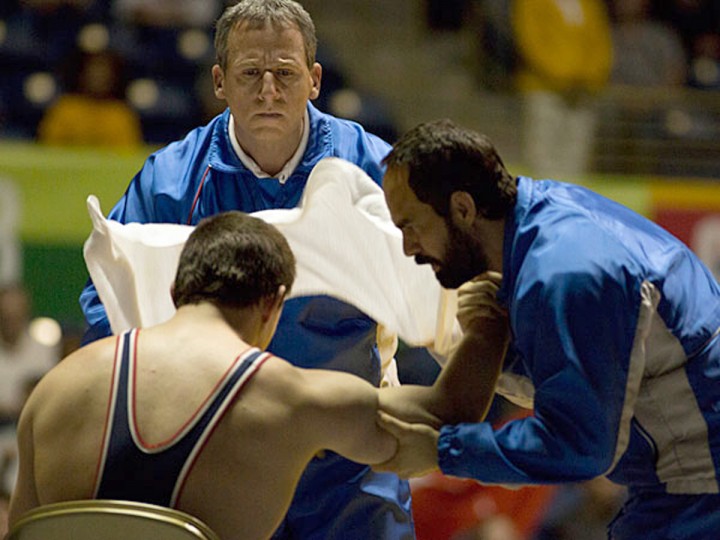 “Foxcatcher” is one of the more overpraised films of 2014. It’s a deeply weird exploration of a famous murder of an Olympic athlete by the scion of a super-wealthy family, an exercise in mood that eventually gets lost in its own dirge-like fog.

Steve Carell is virtually unrecognizable as John DuPont of the chemical fortune clan, who uses his riches to host the men’s Olympic wrestling team on his palatial estate in the late 1980s. He brings in Mark Schultz (Channing Tatum), a somewhat dim but big-hearted gold medal winner, to head things up.

DuPont is the coach of the team, at least titulary, though he actually knows very little about wrestling. With his prosthetic nose and feral fake teeth, Carell resembles a stunted bird of prey, who knows great things are expected of him, and resents it.

Mark Ruffalo is terrific as Mark’s brother David, whom DuPont also tries to woo into the fold. The story is essentially the intersecting trajectories of these three men, with Mark initially bonding to DuPont as a manipulative father figure – with an unspoken undertone of sexual attraction. But later, the lines of loyalty shift.

Watch “Foxcatcher” for Ruffalo and Carell’s masterful performances – but don’t expect any gold from the film as a whole.