You are at:Home»Current in Carmel»Carmel Community»Carmel signs deal for bike-sharing program 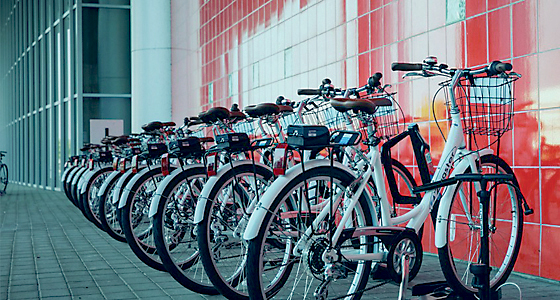 Bike-sharing program will be coming to Carmel very soon.

On Feb. 13, Carmel Mayor Jim Brainard signed a contract with Zagster, which runs bike-sharing programs for the real estate industry and at universities around the nation.

“Zagster is a low-cost entryway for the city and local businesses rather than having a major sponsor (Indiana Pacers) like Indianapolis,” said Bruce Kimball, who is on the alternative transportation committee for Carmel.

The Carmel plan calls for the bikes to be ready for rental by mid-March and the system can be operated using cell phone technology.

“Carmel is proud to be recognized as a bicycle-friendly community and with our 90-plus roundabouts and 125 miles of multi-use paths, we have always placed a high value on transportation alternatives for both residents and visitors,” Brainard stated. “Zagster was one of the first companies to establish a bike-sharing program in the U.S. and the company has been successful in developing individually-tailored systems for mixed-use developments and universities such as Duke and Yale. It’s also a nice connection that Carmel-based Allegion is a provider of the automated locks used by Zagster.”

According to the city’s release, Carmel will pay Zagster $1,320 per year per bike, along with a one-time set-up fee of $8,600, which includes two bike docks with automated locking systems, 16 adult bikes, the maintenance and the repositioning of the bikes and customer services. The docks will be located near the Monon Greenway in the Carmel Arts & Design District and at City Center.

After establishing an account with Zagster, users are able to rent bikes from one rack and return it to any of the other racks. The bikes will cost $3 an hour to rent with a cap of $24 for up to a 24-hour period. There are different rental charges for those who pay monthly or annual fees.

“The city is getting the first two stations going,” Kimball said. “We’ve heard places like Clay Terrace has been wanting bike share for quite awhile. They’re getting a new path connected to the Monon as part of the U.S. 31 construction. I think you’ll see other businesses to sponsor a bike station and bikes.”

Kimball said Cleveland has an agreement with Zagster, which has been very successful.

Kimball said the bike-sharing program had been discussed for awhile. The committee looked at different options and served in an advisory capacity.