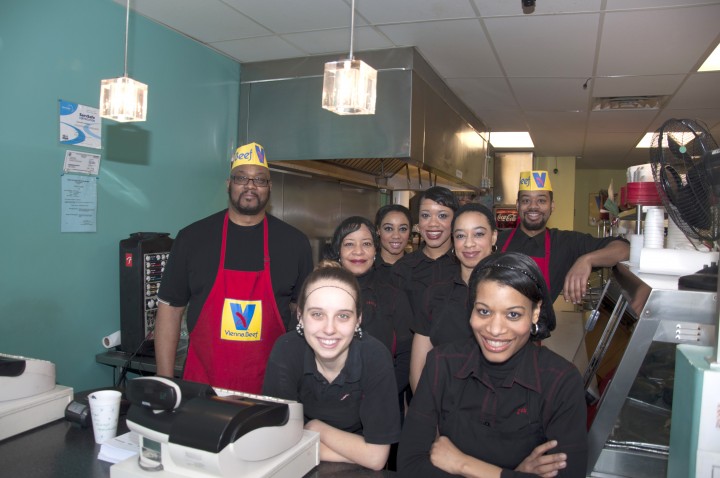 It was just another day at work.

Eleven weeks prior, Zachary Darring had just opened his own business, Zacky’s Hot Dogs, on Range Line Road. For 30 years, Darring was a pastor at a church and so he comes from middle class background. He poured all of his savings into his small restaurant that he built with help from his wife and six children.

And that morning he saw his hard work go up in flames.

“The flames were just tremendous,” Darring said. “I’m sitting on my bed watching this and it’s very disheartening. It was every channel.”

On Nov. 11, 2010, at least five different fire departments all participated to put out a roaring blaze at the nearby Dunkin Donuts. The fire spread and although it didn’t burn Zacky’s, the smoke damage required that the building had to be demolished. Less than two months after opening and it was rubble.

But Zacky’s used the insurance money to rebuild and reopen.

“My mental makeup is this: If I start something, I’m going to finish it,” he said. “I wasn’t going to let the fire stop me. I got this thing started and I was going to see it through.”

Almost five years later, Zacky’s is thriving. Lines form at lunch and tables are scarce. Just recently, they had long glowing segment on Channel 13 news and were listed nationally as one of the “Top 40 Fantastic Franks” according to Urbanspoon.com.

Yet, Darring is walking away from the success. The 61-year-old pastor said his religious calling is pulling on him, convincing him that it’s time to sell his business to construct a new building for his church.

“The business is just flourishing,” he said. “We’re not selling it because we’re on hard times. I just don’t have the time to keep up anymore because I’ve got to do other things. I have to be true to my calling as a minister.”

Darring preaches at Jesus is Lord Church, located near 63rd Street and Michigan Road in Indianapolis. Despite being exhausted from serving customers all week, his children all sing or play instruments behind him every Sunday. Darring even works some of his restaurant background into his sermons, using his 14-hour slow cooked brisket as an example of why it’s important to have patience.

His dream is to construct an 80,000-square foot facility for his congregation, complete with office space, classrooms and a family life center. It’s a big dream, but he already has purchased five acres of land near his current building. He’s eager to build, but the restaurant takes a lot of his time and the money from the sale of the restaurant will help fund his next venture. He said Zacky’s has a quarter-million dollars in revenue annually but could see much more with longer hours.

But it’s tough to end this journey. Darring’s faith has come in handy as he faced several obstacles during his years in business. Construction on Range Line Road. New restaurants as competition. Fierce ice storms. And of course, learning one’s identity.

Darring has tinkered with the menu and the hours. Lunch business has been better than dinner. After the second year, Darring added barbeque cuisine to the menu after testing it out at the Carmel Farmers Market. In 2015, he knows his business strengths and, just as importantly, he knows his clientele. He can’t walk through the dining room without stopping and talk to nearly every customer that walks in.

Darring hopes to sell the business between now and September, but it’s not just about money. Like Willy Wonka looking for an heir to his chocolate factory, Darring said it’s important to find someone he trusts to run the business that bears his name. It’s his legacy.

“I must find someone who will take care of my people,” he said. “I consider these customers as part of my family.”

He said this business is a turn-key operation meaning the new owner will have all the equipment they need, the menu/recipes, the supplier contacts and, most importantly, the clientele.

“Whoever I turn this over to will get a goldmine,” he said. “If I had more time, I’d franchise the business.”

Of course, some of the appeal of Zacky’s is Darring schmoozing and he said he’ll make his appearances.

“I’ll be coming up here still,” he said. “I’ll still be working the crowd. The new owner will definitely have the benefit of that.”