You are at:Home»Current in Geist»State warns of contamination, phosphorus beneath Geist’s surface

It may be iced over, but underneath the frozen top, the waters of Geist Reservoir are still home to contaminants that state health officials aren’t forgetting about.

In 2007, state health officials first reported that water samples collected by Veolia Water Indianapolis as part of their reservoir sampling program found a low level of blue-green algae toxin in the water. The report stated: “standard water treatments prevent the algae toxin from affecting drinking water, but it may adversely impact recreational users of the reservoir.”

“People in the area should not be concerned about their drinking water,” stated Robert Teclaw, an epidemiologist with the State Department of Health, at the time.

He recommended avoiding swimming in the Geist Reservoir, and being careful not to swallow water when skiing or boating. Now, more than seven years later, this 2007 report still stands as one of the prominent wake-up calls in recent history for Geist residents.

On Aug. 26 of last year, a ‘high cell count’ alert was given for the presence of blue-green algae growth, after the water was tested weekly throughout the summer by Citizens Water.

Most recently, Fishers mayor Scott Fadness and the Geist Impoundment Fund Board allotted more than $100,000 for consultants from Cardno JFNew to conduct new testing of the water. These results were released on Jan. 6.

The study found that there are high levels of phosphorus in the water, and that the Geist area needs “conservation tillage, cover crops, and an increase of the use of phosphorus free fertilizer.” This will include, but is not limited to local water companies, such as Citizens Water, using methods of dredging, a method of removing the earth and soils beneath the water.

Q and A with Scott Fadness 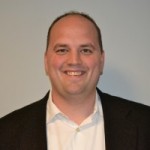 Q: What led you to pursue the most recent water study about Geist?

A: There has been a lot of discussion by several residents about the current state of the water quality in Geist. I had spoken with the leaders of the Geist lake Coalition and they convinced me that it needed to be looked at. To my knowledge no one had conducted a comprehensive third party evaluation of the lake’s health. I thought it was important to get objective information regarding the issue.

Q: What exactly did the study tell you?

A: Several things; phosphorus is our number one issue and up stream run off from agricultural land is the primary source. In order to make any noticeable change in the water quality, drastic measures would need to be taken and large sums of money spent. The lake itself is not likely to deteriorate any further in regard to water quality. Issues like weed control and dredging remain necessary for the lake to remain viable for recreational uses.

Q: You’ve talked of there being misinformation surrounding the safety of the waters, but isn’t it true that there are still high levels of phosphorus and blue-green algae?

A: I would refer you to the study. The study suggests that although there may be certain weather phenomenon that could cause blooms from time to time, the water quality of the lake will not see significant deterioration over the long term.

Q: What is the city of Fishers doing to help the Geist residents restore clean water?

A: We partner on watershed projects, and we partner with the Geist Lake Coalition for the Blast on the Bridge annual fundraiser. We work on public information campaigns about the effects of phosphorus.

A: This is mere a first step in a long thoughtful discussion that needs to occur about a very important asset in our community. I think every large public policy issue should start with good information and this was an excellent start.