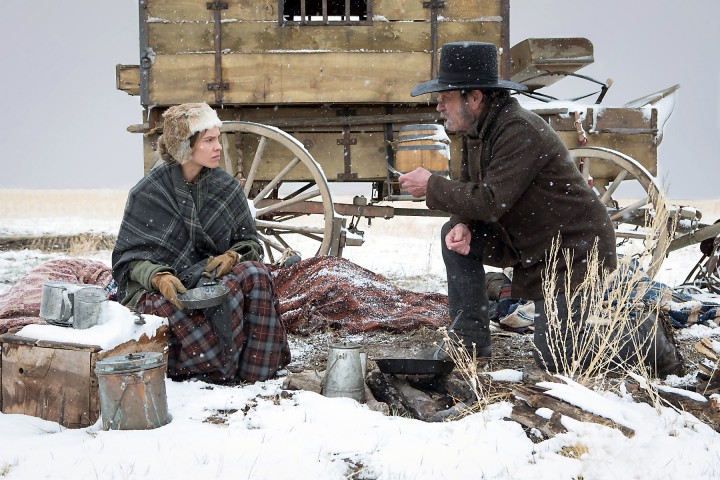 If I were to measure “The Homesman” only by its two lead performances, I’d call it a home run deserving of multiple Academy Award nominations. Unfortunately, its story wanders this way and that, an open range Western that sometimes gallops, and sometimes stumbles.

Set in about 1850, the tale is of three pioneer wives who have gone mad on the lonely stretches of Nebraska. They need to be transported back to Iowa to be cared for by their families, so Mary Bee Cuddy volunteers to be their guardian.

Mary Bee is played by Hilary Swank, in another signature performance of her career, who runs her own farm and is, as one fellow says, “as good a man as any man in these parts.”

Early in her journey she runs across George Briggs, played by Tommy Lee Jones, who also directed and co-wrote the screenplay. Briggs has been strung up for claim jumping, but Mary Bee cuts him down in exchange for his help getting the women back to Iowa.

Even though the script could’ve used a few more runs around the corral, “The Homesman” is worth a look if only to see two master thespians plying their trade.