You are at:Home»Current in Carmel»Flix Brewhouse plans spring opening 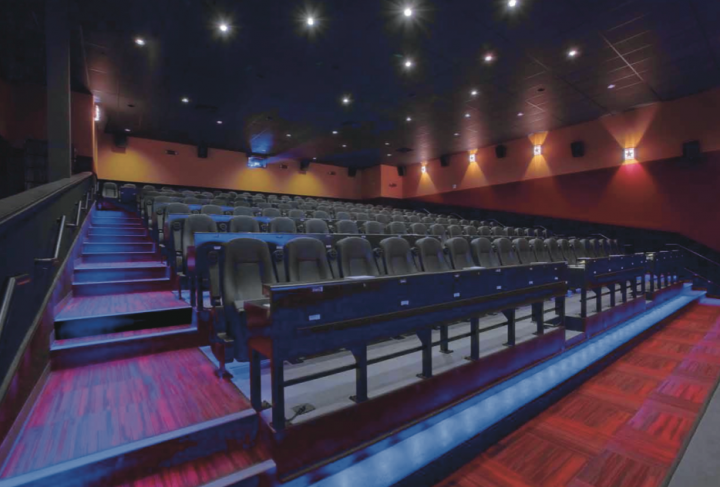 “We call all of our servers, ‘Server Ninjas’ because they are in all black and very quiet and very subtle,” said Greg Johnson, director of marketing for Flix Brewhouse. (Submitted photo)

Scheduled for a Spring 2015 opening in Carmel, Flix Brewhouse is trying to create the best of both worlds for movie lovers.

Foodies won’t have to rely on microwaved hot dogs and molten nacho cheese for a snack. This new theater at 2160 E 116th Street will offer upscale dining options. Items like ahi tuna salad, ravioli Bolognese and rosemary chicken potato pizza. About a dozen craft beers are brewed on site.

For cinephiles, there are eight screens showing first-run movies with projector technology available at about only dozen theaters nationwide. Dining shouldn’t interrupt the feature presentation; each server is trained to be as quiet as possible. Once the movie has started, orders are placed using notepads and servers are summoned with a silent call-button system.

“We call all of our servers, ‘Server Ninjas’ because they are in all black and very quiet and very subtle,” said Greg Johnson, director of marketing for Flix Brewhouse.

The new location at Merchants Square – near where Petco used to be – will be the company’s third location. They claim to be the only first run movie theatre in the world to incorporate a fully functioning microbrewery. Johnson said there are about six different core beers, including an IPA, a Belgian Red and a 10-day Scottish Ale, along with six to eight rotating seasonal brews. There will be more than 30 guest taps from breweries all over.

While dining is an important part of their business model, Johnson said the company also recognizes the need for any movie theater in this part of town. There’s no minimum and you don’t have to buy food to watch a movie at the theater. Seats are assigned when you buy a ticket. Movies will play throughout the day and not just at meal times.

Johnson said their executive chef helped launch California Pizza Kitchen nationwide and the menu is “designed to be better than just typical theater food.” Based on the other locations, options will likely include Chicken Fried Chicken and Biscuits, Steak Fajita Tacos, Grilled Chili-Lime Chicken and Baja Fish Burritos.