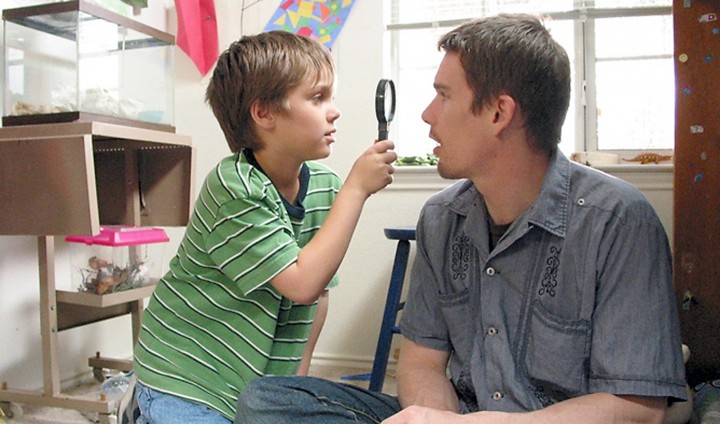 “Boyhood” is running away with awards for best film of the year from various regional film critic groups – including my own here in Indiana – but I’m not quite as high on it as others. It’s a wonderful cinematic effort, a beacon of originality and brash, ambitious filmmaking.

I’m just not sure it’s a great film.

As you’ve probably heard by now, writer/director Richard Linklater spent 12 years filming a single child actor, Ellar Coltrane, as he grew from a young boy to manhood. They would shoot a little each year, so we literally get to see his character, Mason, grow and age right before our eyes. Ditto for Patricia Arquette, Ethan Hawke and Lorelei Linklater, who respectively play his mother, father and sister.

The script was also written as they went along, so the result is a very organic narrative that flows like a river, meandering this way and that, occasionally picking up speed and turbulence or slowing down into a contemplative eddy.

There are no big, clashing events like you’d see in a typical drama – nobody dies in a car crash, or encounters a terrorist, or is diagnosed with a brain tumor.