You are at:Home»Current in Carmel»Carmel Community»Carmel author takes readers on historic journey 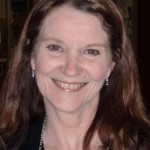 Author and former English teacher Pamela Woods-Jackson tempted fate by taking a continuing education course at IUPUI focused on Young Adult novels and the rest is history with the recent publication of her third book, a historical YA novel, “Genius Summer.”

Woods-Jackson has garnered several awards for her books that include a 2011 Epic Ebook Contest finalist and Honorable Mention in the 2013 Hollywood Book festival contest for her second novel, “Confessions of a Teenage Psychic.” Her current title, “Genius Summer” received Honorable Mention in the 2013 Pacific Northwest Writers Contest and was a 2013 Finalist in the San Francisco Writers Contest. Her to-be-published title, “Miss Match” was a finalist in the 2014 contest.

Inspiration for her novels come from her childhood spent in Oklahoma City, her experience teaching high school English in Texas and in Indianapolis as well as from her part-time job in guest services at Conner Prairie Interactive History Museum.

An unfulfilled promise to Woods-Jackson’s late uncle, the family historian served as inspiration for creation of the storyline in “Genius Summer.” “He asked me if I would write the story for Synthia Whitfield Yeager who was my great, great grandmother – his great grandmother and the interesting event that occurred when she was 15 years old.”

She researched Synthia’s life and could not come up with enough information to publish a biography, so she wrote what she could uncover of the story into the novel to fulfill the promise to her uncle.

“I came up with this idea of framing her story with a contemporary story of this girl, my main character whose name is Millie and she is a history buff who is an over-stressed 16-year-old genius whose parents are pressuring her and she is not ready emotionally for all the pressure and expectations.”

The main character of the story lives in Indianapolis with several local references that include Monument Circle, the Indianapolis Motor Speedway, Indiana University and a history museum that mirrors Conner Prairie.

Woods-Jackson hopes the story of Millie in “Genius Summer” can serve as a lesson to both teenagers and parents. “A lot of kids are so busy or under a lot of pressure to do everything and do it perfectly and she is too and her reaction is I can’t do this anymore. Some kids keep trying and trying until they collapse. I think it’s kind of a heads up to parents that children need to be children and a heads up to kids that you don’t have to do it all. You can do a couple of things well instead of everything.”

“Genius Summer” can be purchased on amazon.com and through Barnes & Noble.