You are at:Home»Current in Westfield»Ray’s Trash helps Westfield woman find presents accidentally thrown away before Chirstmas 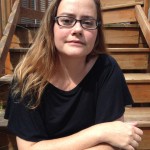 Some quick actions by the City of Westfield and Ray’s Trash Service helped make Jill Bauerle’s Christmas a lot brighter.

Bauerle had left a Kohl’s shopping bag with presents she had purchased for her mother-in-law to give to Bauerle’s two children on the top of her car while she went into her Westfield home.

Her husband Jeremy mistook it for trash and took it out to the trash can on Dec. 18. Unfortunately, it was trash day in her neighborhood.

“He was trying to be helpful,” Bauerle said. “I probably should have put the bag in my car. It was an accident.”

Later as Bauerle was running out to get a flu shot and run errands, she realized the bag of gifts wasn’t with the car. She checked with her husband first to see if the trash bin was still there and it wasn’t.

So Bauerle called the City of Westfield and customer service representative Sylvia Williamson acted quickly to call Ray’s for Bauerle. A representative from Ray’s then called Bauerle a few minutes later.

“They told me that my driver was almost done with route and they would go through everything,” Bauerle said. “It was toward the end of the route so everything was recovered fairly nicely.”

Bauerle said the trash service put everything in a new bag because it did get ripped open.

“Ray’s was awesome,” Bauerle said. “The driver hand-delivered it back to our house. It was such a cool thing because it was about $200 worth of gifts. It was a really great act of kindness.”

Ray’s Trash Service general manager Calvin Davidson said, “Not always are we able to retrieve things but in this case it worked out. We appreciate being part of the happy ending.”

Bauerle said it was winter hats and coats for 9-year-old son Jason and 5-year-old daughter Gwenevere.

“Ray’s even took the time to write a note,” Bauerle said. “It was amazing because who would think it could be hauled off and recovered. Everyone was so nice and understanding.”

Williamson said she was happy to help in any way she could.

“I’m so glad she was able to recover her gifts for her kids,” she said in an e-mail to Current. “I would have been heartbroken otherwise.”