You are at:Home»Current in Fishers»Obituary: Nicholas Norman Spina, 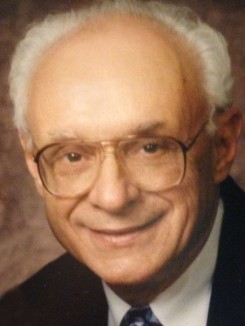 Nicholas Norman Spina, 81, of Fishers, passed away on Saturday, December 20, 2014 at Hamilton Trace of Fishers. He was born on June 23, 1933 to Nicholas and Mildred (Rovegno) Spina in Union City, New Jersey.

Nick had worked in sales in both the retail and wholesale liquor industry for almost 40 years, before retiring in 1998. He moved from NJ to Fishers in 2012 to be closer to family and attended Our Lady of Grace Catholic Church in Noblesville. Nick was a longtime active parishioner of St. Francis of Assisi Catholic Church in Haskell, NJ. He was a wine expert with the Sommelier Society of New Jersey and attended St. John’s University in Long Island, NY.

In addition to his parents, he was preceded in death by his beloved wife, Dolores Spina; infant son, Jude Spina; and brothers, Edwin Spina and Arnold Spina.