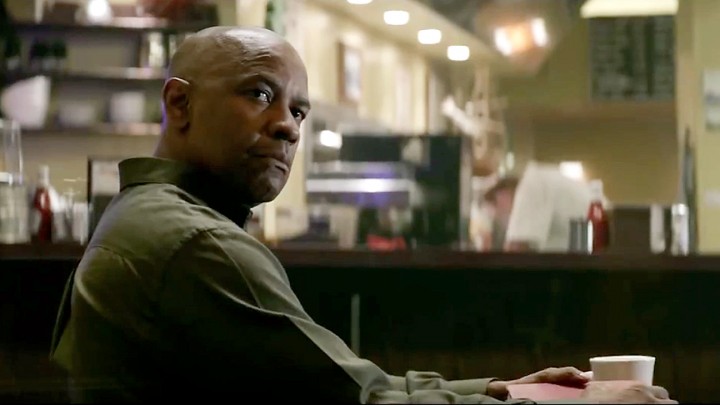 “The Equalizer” falls into that category of films that I call, “I’m not really sure they needed to make that, but the movie they did make isn’t bad at all.”

Like the recent Spider-Man reboot, remaking a cheesy 1980s TV show about an over-the-hill spy who helps everyday people doesn’t seem like a very intuitive move. But Denzel Washington and director Antoine Fuqua, who previously teamed up successfully on “Training Day,” manage to create an engaging story and character that use the show as a mere jumping-off point.

Robert McCall (Washington) is an older man who works a drone job at a big-box store, keeps his apartment compulsively clean, reads books and visits the same diner at 2 a.m. every day. He can also kill you in two seconds with his bare hands, if he’s so inclined.

After a young prostitute (Chloë Grace Moretz) he’s befriended is treated shabbily by her Russian pimp, Robert steps in to help out. He easily dispatches an entire roomful of hoods, thus setting off a chain reaction of ever-escalating violence.

“The Equalizer” is basically a dumb movie, smartly made. It won’t win any awards for originality, but Denzel Washington is still really good at playing a badass.