You are at:Home»Current in Zionsville»Zionsville Plan Commission puts the brakes on new senior living facility 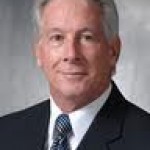 Town Hall’s Beverly Harves meeting room was packed with local residents Dec. 15 for the monthly Zionsville Plan Commission meeting. More than 60 neighbors from Ind. 334 neighborhoods gathered to hear a petition for the rezoning of 25.33 acres from a single-family residential zoning district to a planned unit development.

The petition relates to Bloomington based CarDon Development Company LLC’s intention to build a senior living facility at the corner of 8775 W. Oak St.

A meeting was held last month by CarDon to educate neighbors of the property on what the company intended to build at the location. The Dec. 15 ZPC meeting was expected to be the first presentation to the plan commission, but a request for a continuance was submitted by Mike Andreoli, representative of The Enclave residents and other neighborhoods, due to the fact many neighbors were just becoming aware of the proposed project.

“What we’ve seen is widespread remonstrates and concerns about this particular property,” Andreoli said. “Given the notice of the project with the fact that many in the neighborhood have just become aware of this over the Thanksgiving holiday, we’ve submitted a written request of continuance.”

The petition will continue at the Jan. 19 ZPC meeting.

Other things that happened at the meeting: