You are at:Home»Current in Zionsville»Zionsville grad writes of mother’s flee from Vietnam 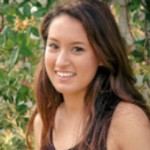 When she was just nine years old, Jasminh Schelkopf wrote an essay for a school assignment, something that ordinary elementary-aged kids do every day. What came of the essay, called, “My Mom Thúy”, however, is not so ordinary.  The essay about her mother’s experiences in Vietnam and her immigration to the United States was archived into the United States Congressional Record and received national recognition.

Now, eight years later, Jasminh decided to develop it into a full-scale, 190-page book. The Schelkopfs, a Zionsville family, could not be more proud of Jasminh’s work and the heartfelt stories of challenge and perseverance that it chronicles.

The idea to turn her essay into a book came to Jasminh when she and her mother were travelling around Europe. She had grown up listening to her mother’s stories about being the daughter of a war general forced to flee Vietnam, becoming a U.S. citizen and making a life for herself. Jasminh wanted to develop these anecdotes into something more.

“Jasminh surprised and inspired us with her decision to write a book,” Jasminh’s father, Bruce Schelkopf stated. “And she told of her motivation about how important it was for her to share the stories and talks with others that she and her mom had had as she was growing up.”

Considering that she was only 17 at the time of the book’s publication, writing it was no small feat. Still, Jasminh stated that she enjoyed the process.

“I would do it again in a heartbeat,” she stated. “It was important for me to share these stories with others. My friends enjoyed hearing them from my mom and I am who I am today because of them.”

As for Jasminh’s mother and the subject of the book, Thúy, she stated that she couldn’t be happier with the outcome. Thúy is an artist, but she has had her fair share of difficulties, including her flee from Vietnam as well as a battle with cancer in the U.S., but she has overcome them all. She is proud of her daughter’s work and the message of perseverance that it shares.

“Jasminh’s book now enables my memories and our special relationship to reach many others too,” Thúy stated. “I hope those stories can be enjoyed and embraced to create even more special mother-daughter relationships.”

“My Mom Thúy” can be purchased through Amazon.com. A signed-edition copy is also available, and part of the proceeds from which will go to an orphanage in Vietnam. To purchase the signed copy, email Jasminh at mymomthuybook@gmail.com or visit thuysbrush.com.