You are at:Home»Current in Westfield»Superb superintendent

“This award is not for me, but really a reflection of how the district is perceived by others,” Keen said. “It’s more of a collaboration of what is happening in the school system.”

District 5 includes Hamilton, Boone, Hancock, Hendricks, Johnson, Marion and Shelby counties and portions of Grant County. Winners are selected by other superintendents in their district who consider the qualifications and accomplishments of area colleagues and their instructional leadership.

“It’s nice to be selected because there are some high-performing schools in the counties,” Keen said.

Keen is credited with helping Westfield Washington Schools navigate muddy financial waters as the district was facing huge losses as a result of tax caps – more than $6 million annually. Combined with a declining assessed valuation, tax increment financing districts and road construction that displaced a number of residents, WWS confronted huge fiscal challenges. While it is the seventh lowest district in general fund support from the State of Indiana, Keen resolved to not let financial issues “cut initiatives, programs or teachers.”

“Dr. Keen has set a high standard for our district and continues to challenge staff and students to meet those standards,” WWS Business Director Nick Verhoff said. “He stresses collaborative effort by the group while meeting the needs of individuals.”

Keen led the district in a successful operations budget referendum in 2010, and froze administrator and support staff salaries gaining $2.5 million. The district looked to non-traditional revenue programs to supplement the traditional tax base. The school-supported child care center generated “healthy revenue while still under private sector costs,” he said.

Other cost-saving measures Keen has led is partnered with the City of Westfield on fuel, fiber optic management, servicing city vehicles and various economic development programs securing $2.5 million from the city for facility development.

While being frugal as a district, the classroom successes have only increased. Keen said the district’s No. 1 is to “make sure these kids are well prepared.”

WWS has the highest non-waivered graduation rate in Central Indiana. It has a high advanced placement passing rate and a 99 percent passing rate for end of course assessments for graduates. Westfield Washington Schools has 97 percent graduating and passing ISTEP. Keen said as important as the last 3 to 4 percent is, knowing how to stay there is just as crucial.

“I live in the future. I want to be thinking ahead and planning, ‘Where is it we are going to go?,’” he said.

One such problem Keen identified is that half the jobs his students will have don’t exist today.

“How do we impact kids, find knowledge and apply knowledge in a new job situation? Career readiness,” he said.

While Keen credits others for the success Westfield Washington Schools receives, he also acknowledges how his military background has shaped his leadership style.

“It’s influenced a lot,” he said. “You set the perimeters for the whole district, what the direction is and you let go and let your people lead … The end result we are working for is improvement. It’s also important we work together.”

Keen served for 28 years in the U.S. Army and earned the rank of lieutenant colonel. While in the Army Reserves, he started teaching in 1969 and was on active duty for two years beginning in 1970. His last seven years were spent in a joint unit created to handle transportation units across the world.

“It was incredible, the things I got to be a part of and experience,” he said.

Keen faced a hard decision in his life – he could earn the rank of colonel or become a superintendent.

“There was a lot more required (with rank advancement). I could do just one, get promoted or get to retire,” he said.

Keen began his educational career in Missouri where his last assignment was superintendent of the St. Charles City schools. He came to Westfield Washington Schools as superintendent in 1997.

“As a teacher the most rewarding thing was to see kids get it,” Keen said. “As a superintendent, at meetings I have principals talk about success stories and seeing them light up is rewarding because you know that’s what you want to hear.”

As a superintendent, Keen said the hardest part of his job is making weather-related closings.

“You make a decision for families at 5:30 a.m. because of child care issues. It’s critical to let them know as early as possible,” he said. “You can’t endanger the lives of children on school buses.”

When he is not thinking about education, Keen is active in the Westfield Chamber of Commerce, the County Chamber Coalition, the Westfield Youth Assistance Program and the Hamilton County Alliance. He also is a ballroom dancer. 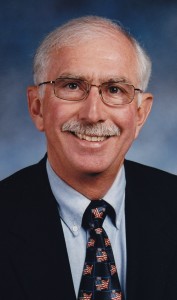 Something others might not know about him: “I have run and completed 16 marathons and my wife, Linda, and I have competed in the National Amateur Ballroom Championships for eight years in a row.”