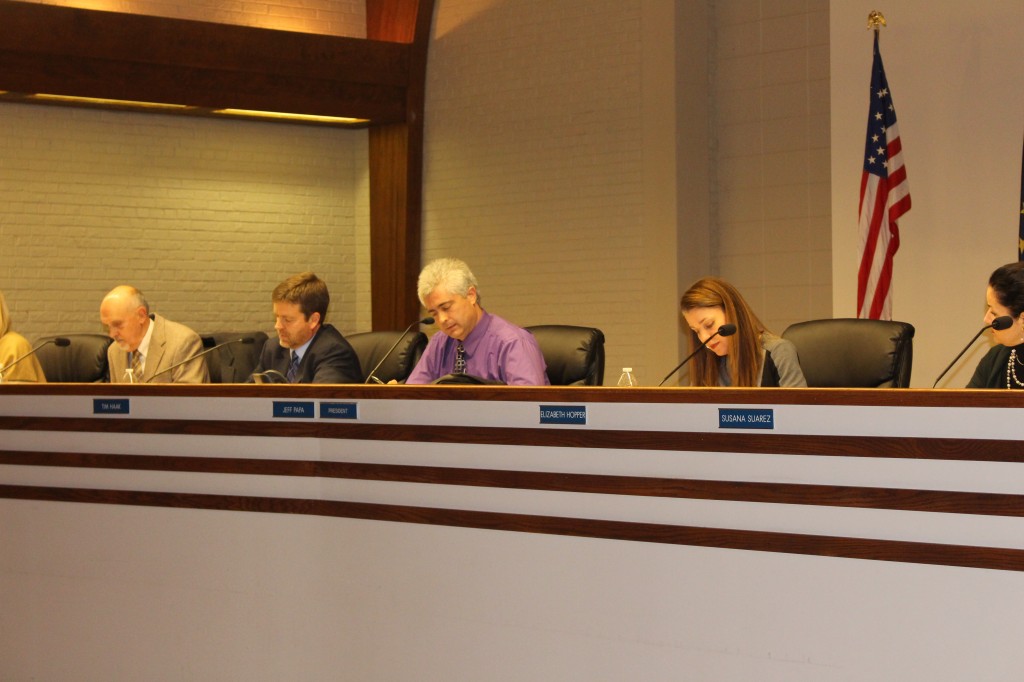 The council discusses the role of an interim mayor.
(Photo by James Feichtner)

At the Dec. 1 meeting of the Zionsville Town Council, the group unanimously named Jeff Papa as the potential interim mayor if or when the reorganization with Perry Township is authorized.

According to Papa, as interim mayor he “will not take the office of interim mayor unless there is an authorization for [me]to take office.”

Prior to the vote for interim mayor Zionsville resident Gwen Doyle took to the podium and asked the councilors if the $10,000 salary of the interim mayor will be returned to the town if the state appellate court votes against the reorganization.

Papa said that in no circumstance will an interim mayor take office without the proper authorization for them to do so, and thus no salary would be paid unless the interim mayor is in office.

Papa said that if the authorization to reorganize happens “well into 2015″ then the salary would likely be reduced accordingly.

Zionsville resident Wendy Brant asked the councilors how many of them agreed to appeal Judge Rebecca McClure’s ruling against the reorganization.

“I think that you should have voted on appealing this,” she said to the councilors.

Papa said that it was in his executive right as president of the town council to move forward with the appeal.

“We’ll see what the public access counselor has to say about that,” he said.