You are at:Home»Current in Fishers»Fishers man swindled millions from unsuspecting investors in Ponzi scheme 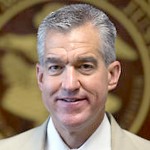 A 1982 Noblesville High School graduate and Fishers resident has been charged by the grand jury with wire fraud, securities fraud and money laundering. John K. Marcum, 50, was arrested at his home on Dec. 4 according to acting U.S. Attorney Josh J. Minkler.

“Defrauding people of their hard-earned retirement savings is criminal behavior,” stated Minkler. “The indictment demonstrates that Marcum used investor’s retirement accounts as his own personal piggy bank to fund his lavish lifestyle. Anyone who does that will face the full force of federal criminal prosecution.”

In 2010, Marcum founded the investment firm Guaranty Reserves Trust, LLC operating in the Indianapolis area. He allegedly promised investors that he would use their money to achieve significant returns by trading securities, stocks and bonds with no fees being charged. Minkler said Marcum arranged for investors to deposit money into various accounts and self-directed IRA’s which allowed him to control the investors’ money.

From 2010 through 2013 Marcum solicited millions of dollars from 16 investors. Minkler said Marcum represented himself and GRT to be worth millions of dollars with celebrity clients and traded very conservatively. He allegedly promised to earn high rates of return with no risk to the investors’ principle. Minkler said in reality Marcum failed to invest the money as promised and converted it for personal gain by commingling the funds to finance a personal line of credit, highly speculative start-up ventures, cars, vacations and other gifts.

“IRS Criminal Investigation stands united with the FBI and the United States Attorney’s Office to bring justice to those who commit crimes against our society,” IRS Criminal Investigation Special Agent in Charge James C. Lee stated. “We are committed to protecting the American taxpayers by following the money and holding individuals who violate the public’s trust accountable for their actions.”

According to Winfield D. Ong, who is prosecuting the case, Marcum faces up to 50 years in prison and fines of more than $5 million if convicted.