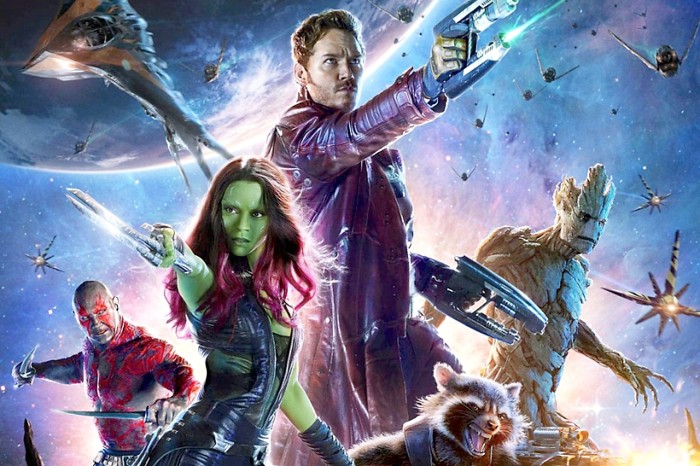 Back when “Guardians of the Galaxy” came out, I praised it highly but fretted that audiences wouldn’t come out for yet another comic book adaptation based on characters most of them had never heard of.

Silly me. Now the top-grossing film of the year, “Guardians” obviously didn’t need any sympathy.

What a dizzy, daffy antidote to a summer of mostly dreary flicks. Here for the first time was a super-hero movie that was a flat-out comedy. That whole thing with glum caped crusaders kvetching about “with great power comes great responsibility” had gotten kind of old. Here’s a quintet who love doing what they do, no apologies, and plenty of humor along the way.

Rather than being inveterate do-gooders, these Guardians are a motley crew of thieves and killers who get thrown together while greedily pursuing the same mysterious orb. They are:

● Drax (Dave Bautista), a burly red guy with revenge on his mind

The action is zingy, the villains (there are many) quite hiss-able and the belly laughs plentiful. I doubt “Guardians of the Galaxy” will need my boosterism for its video release.