You are at:Home»Current in Zionsville»Column: Aleppo: Cry for Me 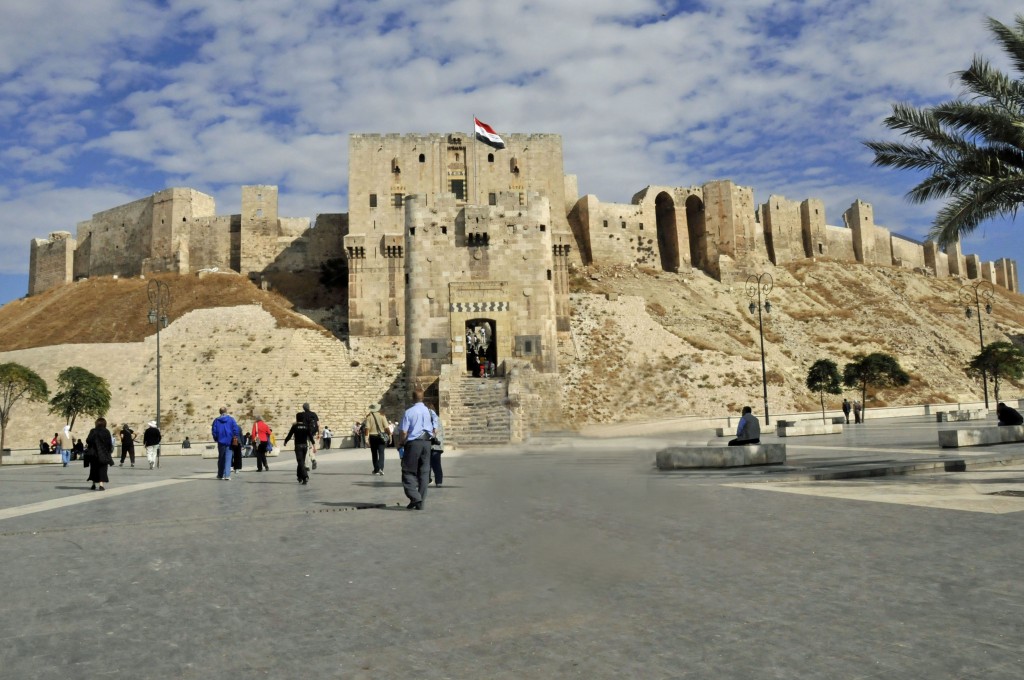 Citadel of Aleppo in November 2010 (Photo by Don Knebel)

Before the current fighting, few Americans had heard of Aleppo, Syria’s largest city. That fighting is threatening to destroy one of the most inclusive cities in the Middle East, the ancient center of which is a UNESCO World Heritage site.

At the heart of modern Aleppo is a medieval citadel atop a strategic hill inhabited for at least 5,000 years. A local legend claims Abraham raised goats on the hill and provided milk for travelers on the caravan route between the Mediterranean and Mesopotamia. From the earliest times, the hill included both fortresses and shrines to the favorite gods of the rulers of the day, from the Amorite Hadad to the Roman Zeus. Byzantine Christians built churches in the citadel, which were converted to mosques, one named for Abraham, when Muslims conquered Aleppo in 636 A.D. Aleppo’s citadel later served as a prison for captured Crusaders. The citadel was expanded to its current configuration under Az-Zahir Ghazi, the son of Saladin who ruled Aleppo in the 13th century. During his reign, Ghazi converted the citadel into an opulent palace, complete with private baths. Later rulers enhanced city walls encompassing the citadel, the main mosque and a covered souk (market) approximately eight miles long.

After the Ottomans gained control of Aleppo, the city became an important center of international trade. Major European countries opened consulates in Aleppo, which took on a distinctly western feel while maintaining its famous souk, ancient gates and other reminders of its eastern heritage. Shakespeare referred to Aleppo in both “Macbeth” and “Othello.” Christians, especially from Armenia, moved to Aleppo, creating what is now the largest concentration of Christians in Syria. The active Forty Martyrs Cathedral, located in the fashionable Christian quarter, was built in 1491.

Aleppo has seen some of the fiercest fighting of the Syrian civil war, with all sides accusing the others of atrocities and indiscriminate damage to important historical sites, including the citadel and the souk. The minaret of Aleppo’s main mosque, erected in 1090, was destroyed by tank fire. Unfortunately, the city named the Islamic Capital of Culture for 2006 will never be the same.