You are at:Home»Current in Fishers»Carter honored for 32 years of service on Hamilton County Council 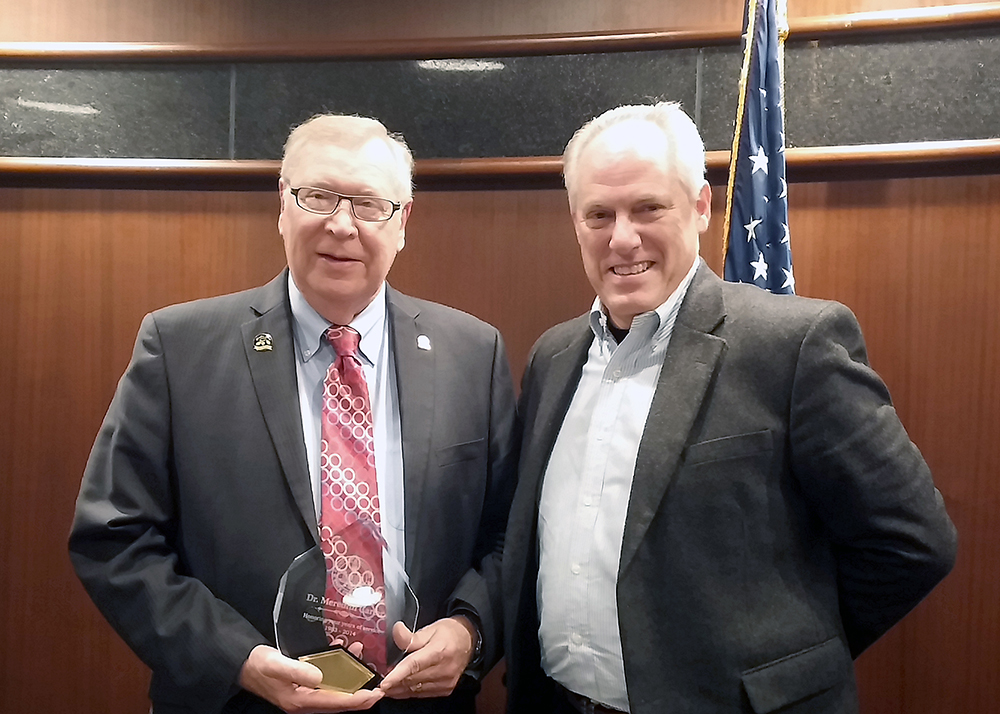 Meredith Carter, left, received a plaque from his fellow Hamilton County councilors which was presented by president Rick McKinney at Carter’s last meeting on Dec. 3. Carter has served as a county councilor since Jan. 1, 1983. (Photo by Robert Herrington)

For more than three decades, Hamilton County Council meetings have had a familiar face assisting in making decisions for the betterment of the community. On Dec. 3, Meredith Carter sat in his last meeting as an elected official.

“For my 18 years on the council, you’ve served humbly and it’s been a pleasure,” Councilor Brad Beaver told Carter.

Carter, 73, of Carmel has been a councilor for the past 32 years, serving District 1 (part of Clay Township).  He began Jan. 1, 1983 and will retire at the end of the year after serving eight terms. Republican Fred Glynn, 39, of Carmel, was elected in November to fill Carter’s seat and will begin duties on Jan. 1.

During his tenure, Carter is recognized for the building of the Hamilton County Judicial Center, remodeling of the courthouse and numerous roadway improvements across the county.

“We’ve been a good group together and we’ve got a lot accomplished,” Carter told his peers.

In addition to serving as a councilor, Carter serves on the boards for Janus Developmental Services, Aspire Indiana and the Indianapolis Airport Authority.