You are at:Home»Current in Fishers»Fatal crash reported in Hamilton County 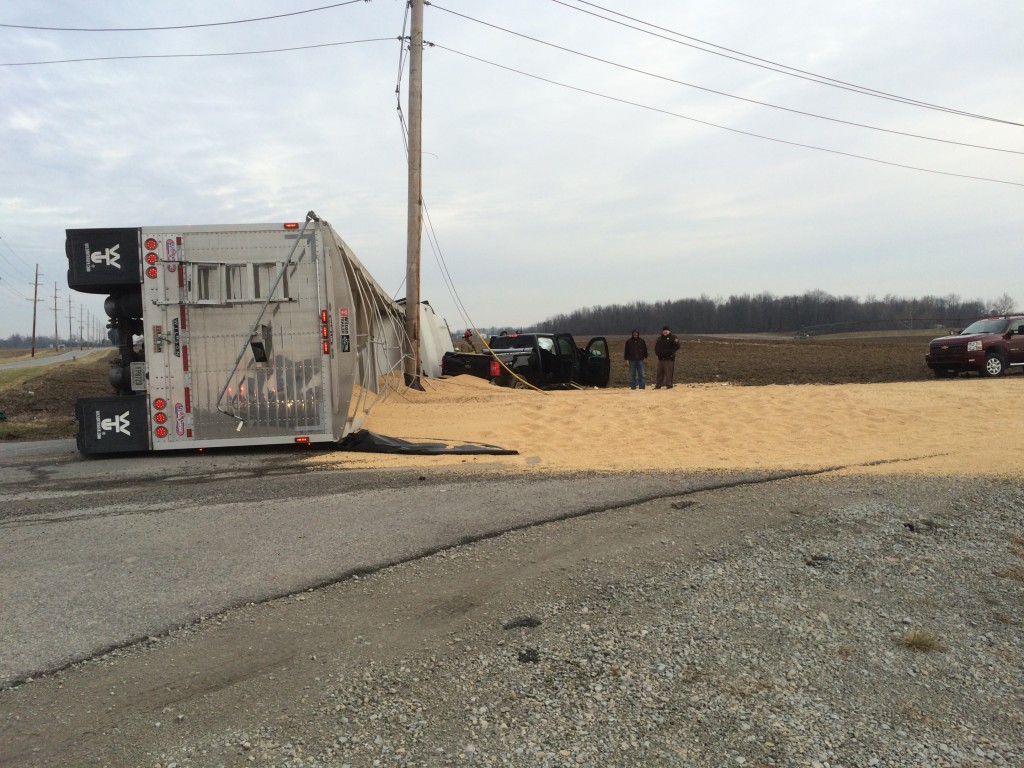 On Dec. 8 at approximately 8:50 a.m., Hamilton County Sheriff deputies responded to 276th Street and Devaney Road in northern Hamilton County in reference to a report of a two-vehicle crash involving injuries.  Deputies arrived at the location and found a semi-truck with a grain hauler trailer and a black pickup involved in a crash, both of which were off the road and the semi-truck was on its side.  Pronounced dead at the scene was Jeffrey L. Vanhorn, age 57, of Cicero, IN.

According to the Hamilton County Crash Investigation Team report, the semi-truck, driven by Michael L. Landrum of Lebanon, IN, was eastbound on 276th Street when it collided with the northbound truck driven by Mr. Vanhorn.  The grain hauler was fully loaded with soybeans and lost its load during the crash.  Per Indiana State law, Landrum was taken to the hospital for a blood draw but otherwise had only minor injuries.

In addition to Mr. Vanhorn, Julie L. Vanhorn, age 56 of Cicero, was also in the truck at the time of the crash.  Mrs. Vanhorn was taken to the hospital for complaints of pain.

The crash is under investigation and anyone with information should contact the Hamilton County Sheriff’s Office.