You are at:Home»Current in Carmel»Carmel Community»Holiday dreams at the Palladium 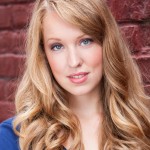 Jessamyn Anderson, a Carmel native and senior at Indiana University student, will perform this week in Carmel.

Kids from 1 to 92 looking to stock up early on holiday cheer can catch the Indiana Wind Symphony’s “Holiday Dreams” concert in the Palladium at 7:30 p.m., Dec. 6.

“There will be a lot of familiar Christmas and other holiday songs, as well as a couple that probably aren’t really familiar to most,” conductor Charles Conrad said.

Conrad founded the 75-piece Indiana Wind Symphony in 1997 with two decades of conducting experience already under his belt. Since then the ensemble has been performing six concerts a year, including this annual holiday celebration. Even veteran patrons of the event can expect a few surprises this year, though.

“This’ll be the first time we’ve had a visit from Mr. and Mrs. Claus. They’ll be performing ‘Twas the Night Before Christmas’ and leading an audience sing-along,” Conrad said. “We’re also introducing the world premiere of a new piece called ‘Winds from the Heartland’ by Les Taylor.”

As if residents needed another reason to attend, soprano soloist Anderson will mark her fourth appearance with the symphony this year. Anderson, who was singing before she could speak, is a seasoned participant in musical theater and is training classically at the Jacobs School of Music.

“I have loved all my concerts with the IWS, but the holiday concert program is filled with music that brings out something special in an audience,” said Anderson.

Concert goers are in store for an eclectic medley. In addition to the never-before-heard song, the set list is comprised of old Yuletide standbys like “White Christmas” and “O Holy Night,” the classical Fauré aria “Pie Jesu,” as well as selections from Disney’s 2013 hit “Frozen,” which should delight younger audience members in particular.

“This concert is such a fantastic way to kick off the holiday season. The IWS is an incredible ensemble and they work extremely hard to put on beautiful concerts,” Anderson said. “So much of this music holds a special place in people’s heart, and the audience members have different memories associated with these pieces. It’s truly magical to sing holiday music for an audience that can connect to it on a personal level.”